An Introduction to JetBlue’s TrueBlue Miles

Today’s first post on an in-depth guide to using JetBlue miles is from WTM contributor John Mccall, who also writes Travel on Blue and covers tons of great news and updates on JetBlue.

JetBlue has been an up and coming airline for the past few years. Established in 1999, it’s still the new kid on the block compared to other major companies who have had decades more experience and history to stand with.

JetBlue only services about half the states in the US in addition to roughly a dozen countries - so why bother with the startup of the air travel industry? Well, as startups are apt to do, JetBlue is making waves by doing things differently and asking the right questions about all the things wrong with flying today.

That’s Nice, But How is JetBlue Useful to Me?

JetBlue is a rapidly expanding airline - from January to May 2014 they are planning to add 7 new routes from JFK, Boston, Jamaica, and more. Anyone who travels on the east coast, South America, or to major hubs on the west coast can be very easily accommodated by JetBlue’s flight courses available. 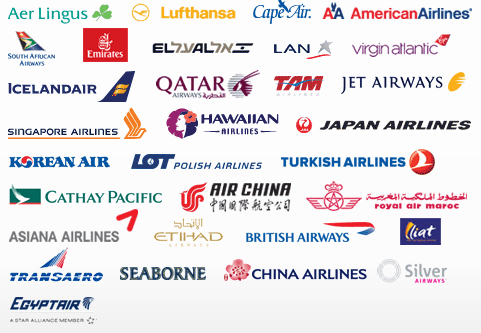 In addition, JetBlue has partnerships with over 30 airlines for booking segments or earning additional TrueBlue reward points with. One aspect of all of JetBlues’ partners is that many are also smaller airlines, not unlike JetBlue, and can offer more competitive pricing and more unique destinations than major airlines.

Apart from that, JetBlue also partners with some of the best airlines in the world, so you can still get on some of the most sought after premium cabins.

How do JetBlue Miles Work?

JetBlue’s frequent flyer program is called TrueBlue and uses points instead of miles to keep track of the rewards you’ve earned.

Points can be earned through flying on JetBlue or partners, through their badge program (we’ll cover this later), from volunteering at JetBlue charity events, by flying with your pets, and many more of the usual ways too.

TrueBlue points never expire and can be pooled by families to combine the effectiveness of the miles. This can be useful when you need to top offer your account to cover an award ticket, or just to transfer some orphaned points into another account. Most airlines charge fees to gift or transfer miles, but there are no transfer fees to pool TrueBlue points to a family members account.

Some of these unique characteristics make the TrueBlue program extremely innovative in regards to the classic reward perks that airlines have traditionally employed for their customers.

So, JetBlue is this quirky startup of the aviation world who will let you get free points in their rewards program for doing odd things like sharing your travel map on Facebook and doesn’t really have a first class.

There are many great ways to earn lots of TrueBlue points, and it’s also straight forward to book awards with their program. Without a business class to compare to, that’s half of the work taken out of planning and booking a rewards flight. But then, again you’re not going to be able to redeem points for luxury premium class cabins. There is no need to track of business on flight A or coach on flight B and how to get the most money for your points.

Even though JetBlue does not have business or first class, your get a lot a from their coach class. JetBlue’s seats have 2-3 inches more legroom than most coach seats and every flight includes screens on the headrests which feature over 100 channels of DirectTV in addition to Sirius XM Radio for in-flight entertainment. 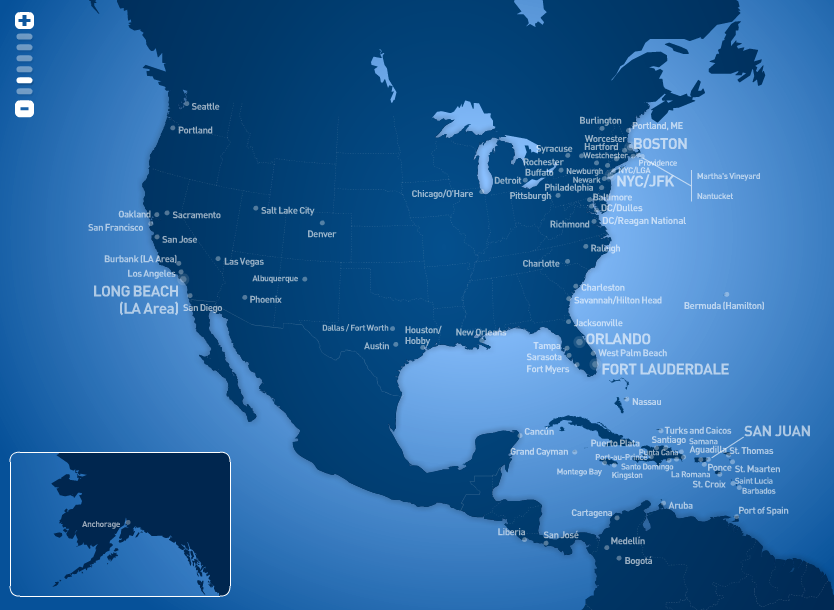 Domestic trips start at only 5,000 TrueBlue points within the continental US and flying to another country, like Jamaica or somewhere in South America, can start as low as 10,000 TrueBlue points. Domestic round trips can also be booked for 10,000 points, making a high point-per-dollar value.

Dropping less points on a more enjoyable coach experience when flying is a true win-win situation for anyone who prefers more trips vs. premium cabin awards. It also keeps the valuation of points consistent which makes for an easy calculation planning your next award flight. To check out every place that JetBlue services, see their Where We Jet page.