I'm playing catch-up on my Argentina trip report and I figure it's still worth it to write up a few hotel reviews from my trip 2 months in the country. After staying in both Park Hyatt properties in Argentina it offered me an interesting comparison looking at both.

This was my third trip to Argentina and I'll say that I was excited to be back in the land of parillas and amazing malbecs. The first time through I only had enough time to hit the highlights of a 24 hours in Buenos Aires type of itinerary. With so much left to see, I knew I'd be back.

This time around I spent two weeks in Buenos Aires, which is a city I love and one that completely has its own personality. 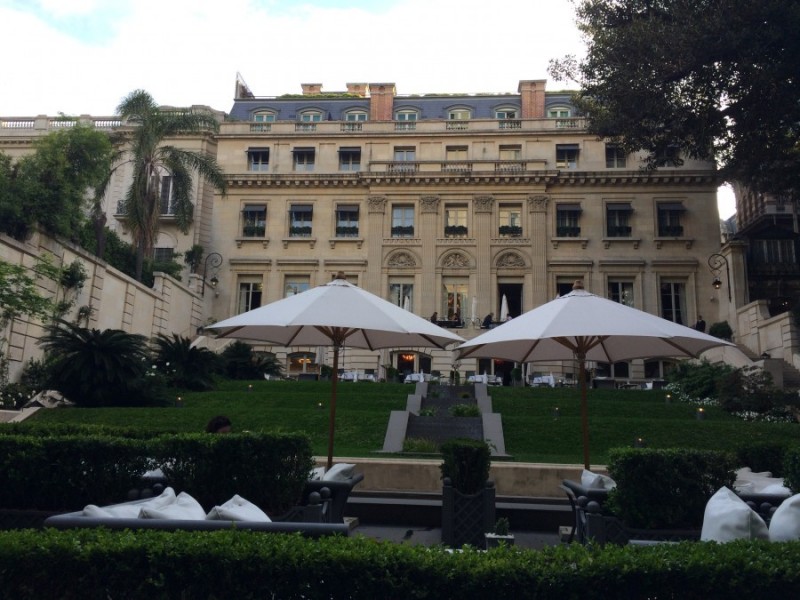 Given that the Park Hyatt Palacio Duhau is often said to be among one of the best Park Hyatts and often receives incredible reviews, I used it as my home base for the first two nights. Plus with the current situation of the 'blue dollar' in Argentina I couldn't pass up the Points & Cash rate of 10,000 points and ~$90 per night. This was a steal and no doubt the Park Hyatt Palacio Duhau is an elegant property. Nightly rates at the hotel often run ~$500+ per night, and suites go for ~$700+ per night.

It is located in the center of Recoleta which was a great area to be in to become familiar with Buenos Aires. It's also considered one of the quieter and safer neighborhoods in the city, so it's an ideal location if you are visiting Buenos Aires with kids.

The Park Hyatt Palacio Duhau is surrounded by many cafes, restaurants, museums, shopping, and only a short walk from beautiful parks, the famous cemetary and several weekend markets.

History of the Hotel

One thing that appealed to me about staying at this Park Hyatt in particular was the history behind the property. It’s actually a fairly new Hyatt property, which opened in 2006. The main original building was a tudor style mansion which belonged to a railway executive in the 1880s, Alejandro Hume.

He had it designed and built by a well known architect and then in the early 1900s he sold it to the Duhau family which is where the property got its name from. The Duhau family actually constructed the palace right next to the original tudor home with beautiful marble floors and 23 rooms. This building was home of the first location in Buenos Aires to host an art gallery!

We arrived at the property around 11:00 am and upon check-in our room wasn’t ready yet, but we were offered a complimentary drink on the patio overlooking the courtyard. As we were sitting and enjoying our drinks we noticed two guys that looked like they were straight from the LA hipster scene. Given their attire I figured they better be rich and famous and my girlfriend recognized one to be Jared Leto!

The other guy was Shannon Leto, Jared’s brother and we later found out that 30 Seconds to Mars (which they are both part of) had a show in Buenos Aires. The funny part about our stay at the hotel while they were guest was that around 30 teenage girls waiting outside the hotel hoping to get a glimpse of the guys and every time someone would exit the building the girls would scream. This went on for the 2 nights I was there and luckily we could not hear it from out room! 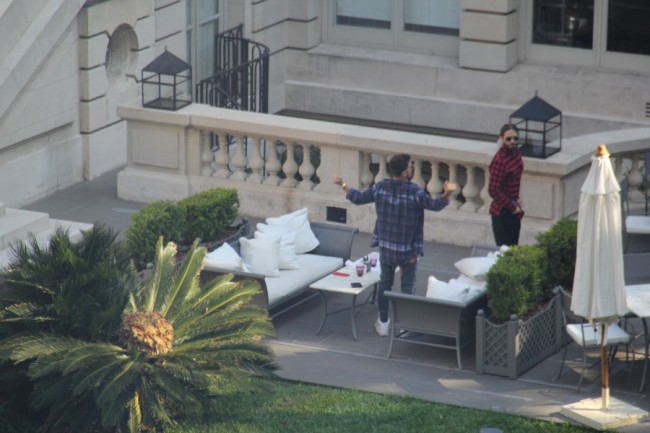 Susan later caught this shot of the Leto brothers from our room.

After enjoying our drinks we were shown our room and we were upgraded to a Park Suite in the newer half of the hotel. The Park Hyatt Palacio Duhau is split between two buildings, an old section which is part of the original building and a new, modern section. You can access both sides via the courtyard and also an underground walkway.

Personally I think the rooms on the new section of the hotel have it better. Our room had a great view of the lush green courtyard and historic palace (original building).

The suite was lovely---very airy and super clean. Although we didn't spend a lot of time in the room, it was very refreshing to be in. The suite itself was a studio which was multi-purposed as a bedroom, work area and living room and only separated by the entertainment center. 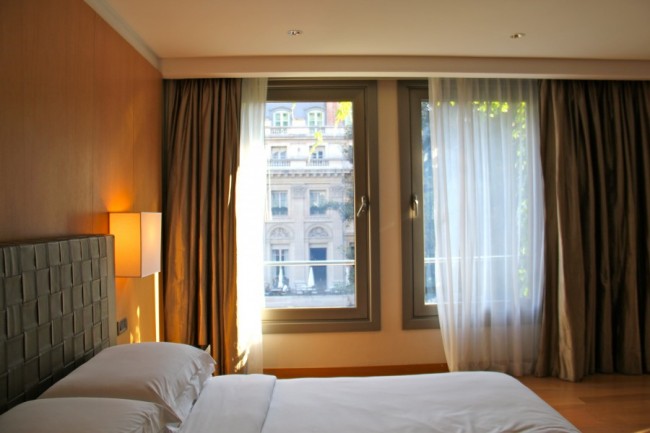 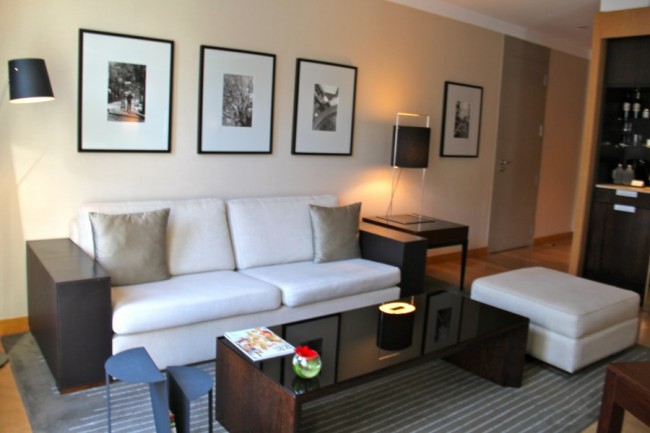 The living area had a comfortable couch to lounge and coffee table, as well as a desk to get some work done. Not that anyone is going to sit inside and watch TV while in Buenos Aires, but the only TV faced the bed so the lounge area really didn’t serve any as an entertainment area unless you have guests over. 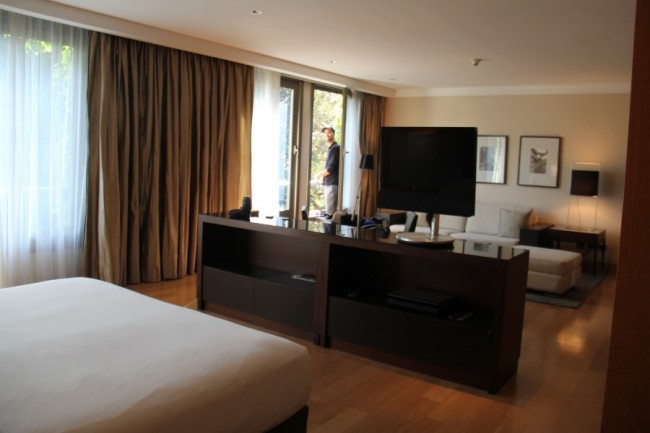 The bedroom area was divided from the living area with a shelf and entertainment system. This made the bedroom and the living room area feel separate enough without a separate room. From the king sized bed there were great views of the courtyard, but you could close the automatic drapes for complete blackout.

The bathroom beautifully designed and spacious as well. It had a entrance from both the entryway and the bedroom. It had both a rain shower and a jet-bathtub, a separate toilet area and not to mention the obligatory bidet. 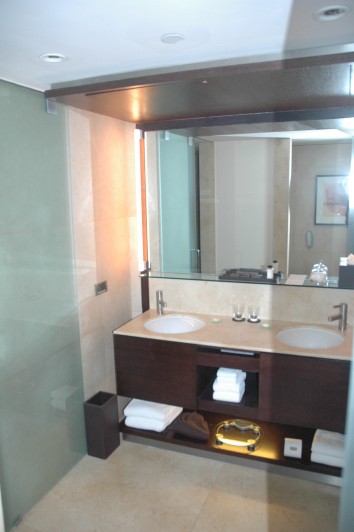 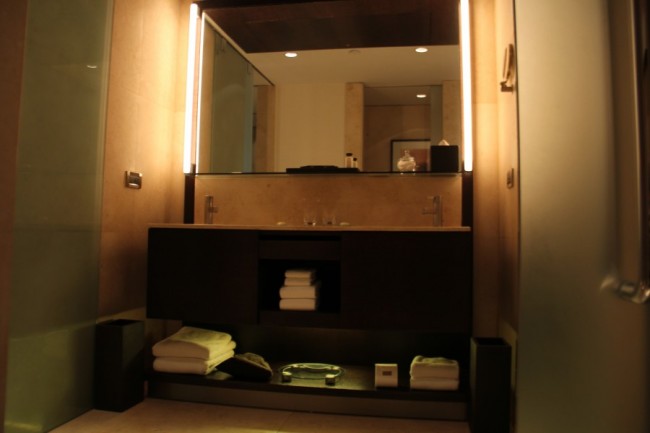 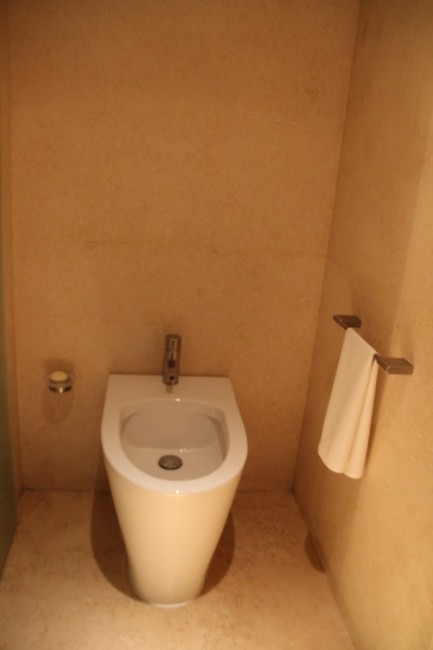 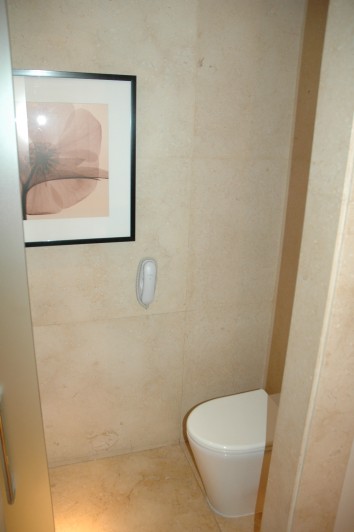 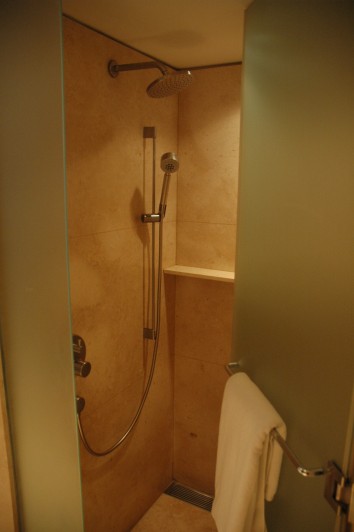 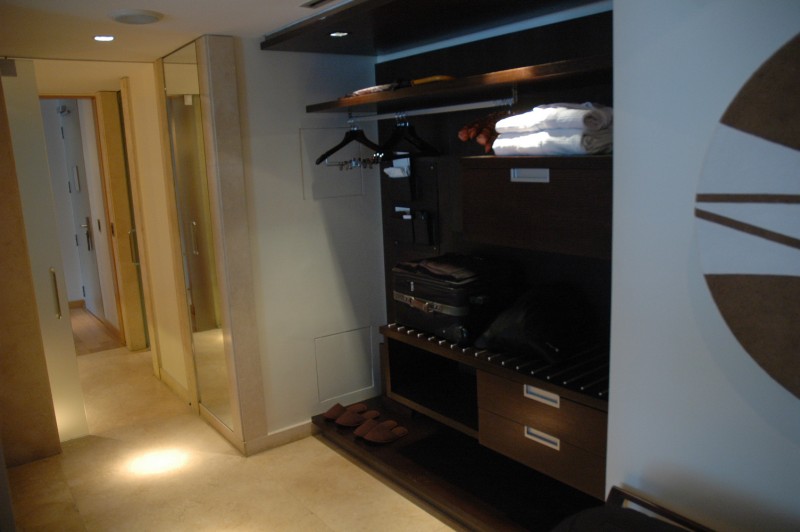 One of the highlights of our stay was the superb service. Overall the staff at the Palacio Duhau Park Hyatt were incredibly kind, helpful and friendly. I found the property as a whole to be very well maintained and spotless---both inside and out.

Like usual I leave my laptop cords, etc on the desk scattered around, but every time I would return to my room I would find each cord, whether for my laptop, cell phone, or head phones, neatly wound-up. Housekeeping did an incredible job to say the least, and we couldn't find any flaws in how the room was done-up each day. 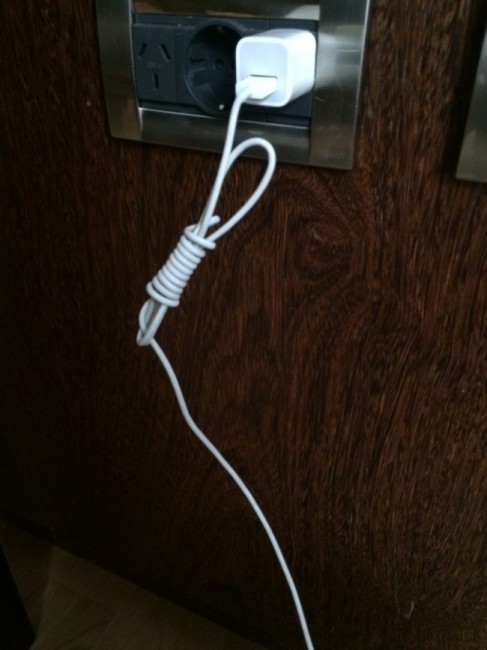 The mini-bar was fully stocked and included several nice Argentine wines and of course, Fernet, if you're into that. There were also two complimentary bottles of water each day. 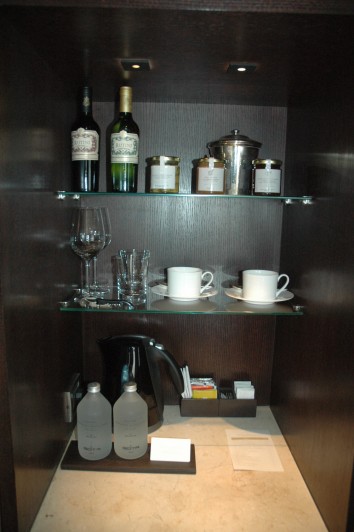 Breakfast at the Palacio Duhau Park Hyatt was not enormous, but offered a very nice selection of fruit, pastries, yoghurts, cereals, smoked salmon, salamis and great coffee. As a Diamond member we could also order anything off the a la carte menu, including hot dishes and fresh smoothies.

Overall the breakfast was very good considering the normal Argentine breakfast is little more than a media luna (butter croissant) and espresso. Not to mention the breakfast area was beautiful and for the most part very casual. Diamond members had the choice to eat breakfast on either side of the hotel with the only difference being that one offered a buffet and the other is only a la carte. 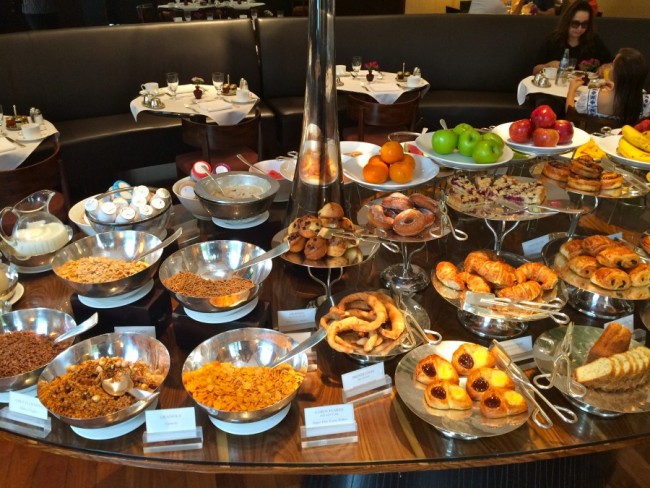 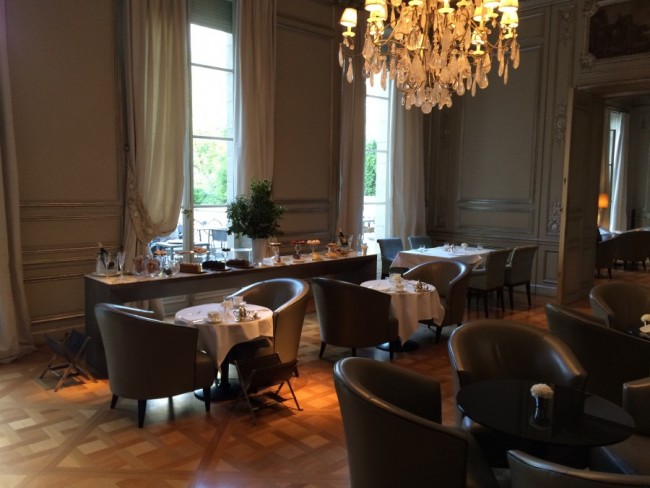 The Bottom Line on the Palacio Duhau Park Hyatt

The stay was great and I'd definitely put the Palacio Duhau Park Hyatt on the top of my list of hotels to stay at when I return to Buenos Aires. The Park Suite was very comfortable and even though it did not have a separate bedroom the room was very well laid out, spacious and designed.

The location is great for a few days in Buenos Aires. You can walk to most of the touristic destinations in the center, such as enjoying a Tango Show in Puerto Madero or San Telmo. It is also fairly safe to walk around the area at night, but even the hotel staff will warn you not to carry any valuables. If I were to stay longer in Buenos Aires I would be inclined to seek out an abode in Palermo which offers more of a quite cafe culture vibe.

Overall the room, service, and property were superb and a great value for using Hyatt points to cover the stay.