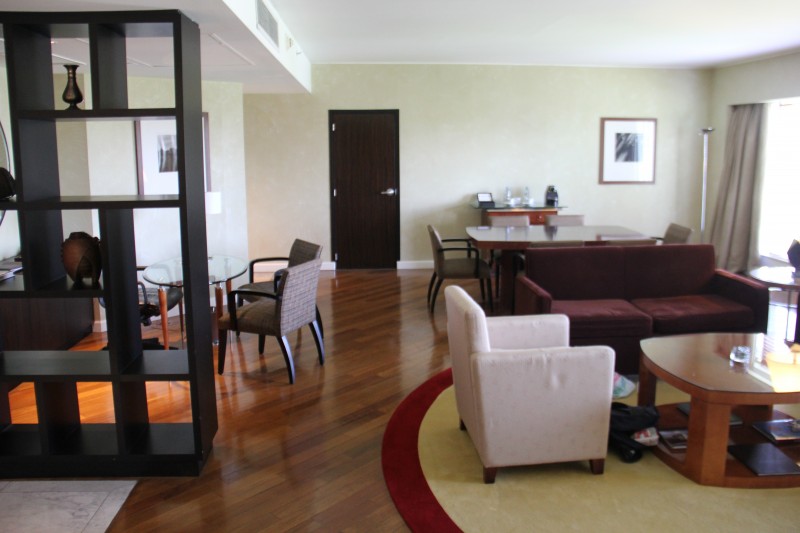 After staying in both Park Hyatt properties in Argentina---Palacio Duhau Park Hyatt Buenos Aires  and the Park Hyatt Mendoza---it's an interesting comparison looking at the two hotels side-by-side.

I ended up staying 14 nights on Hyatt's Cash + Points rate, which ended up costing 4,000 points + ~$35 USD per night (using the 'dolar blue' exchange rate). The best part was that I earned close to all the points I redeemed back from Hyatt's 50kstay20 winter promo, which offered 50,000 bonus points after staying 20 eligible nights. 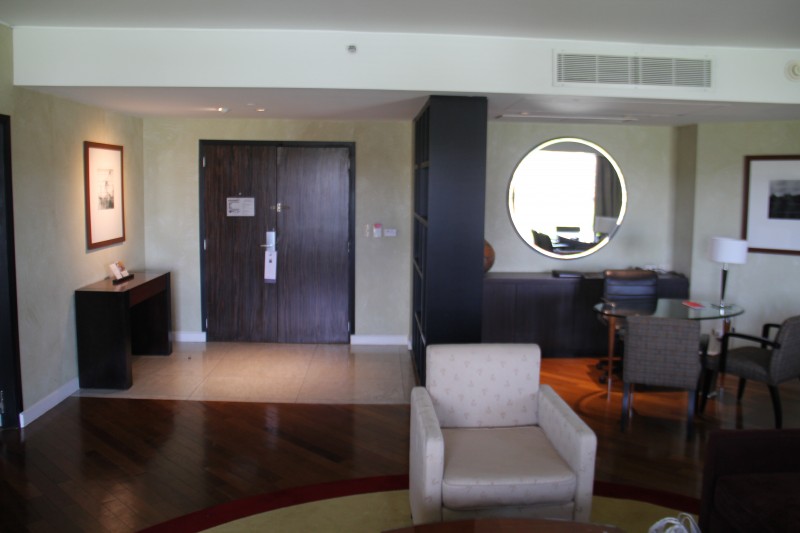 I ended up using a Diamond suite upgrade and stayed 5 nights in a Park Suite, which was a huge 1,200 square feet suite on the top floor with a view of the mountains. The remaining nights were spent in a standard Park King room without much a view of the interior courtyard. I forgot to snap photos of the standard room, thus all the photos in the post are from the suite. 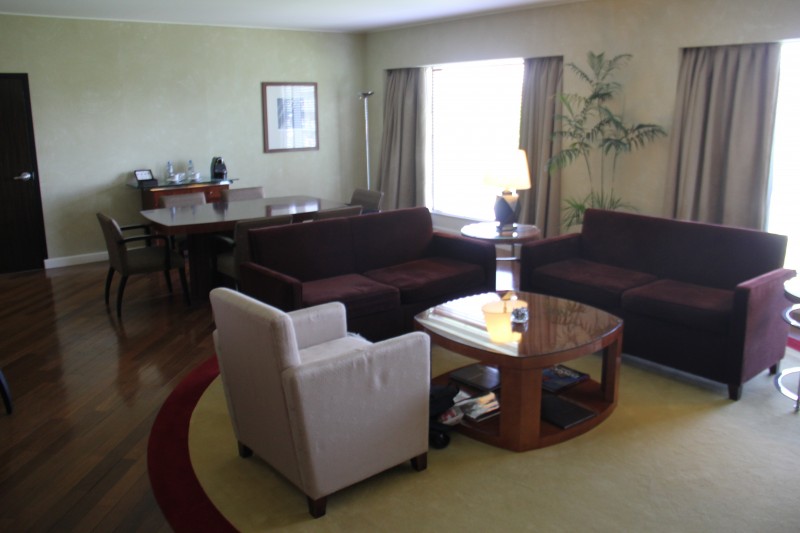 The suite had a large central area with both the dining and living area. Everything was in very good condition and the dark wood floors added a very stylish touch. 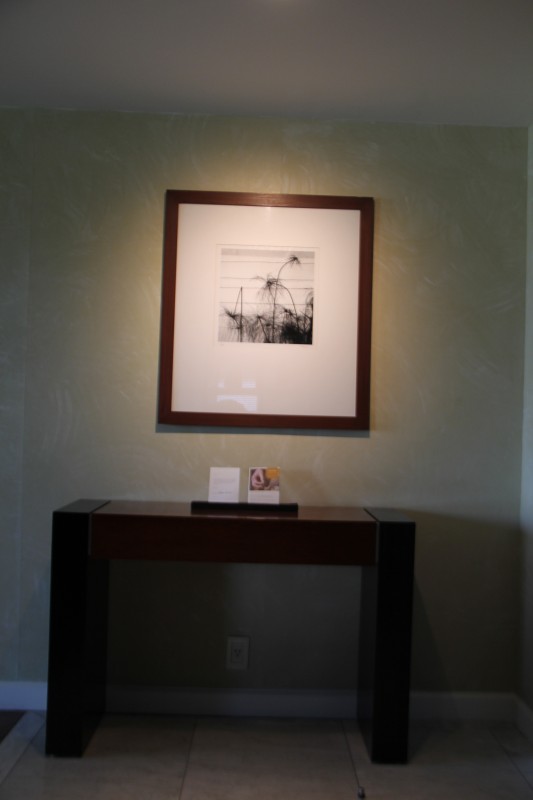 There was a small work station on one side of the room next to the second bathroom. 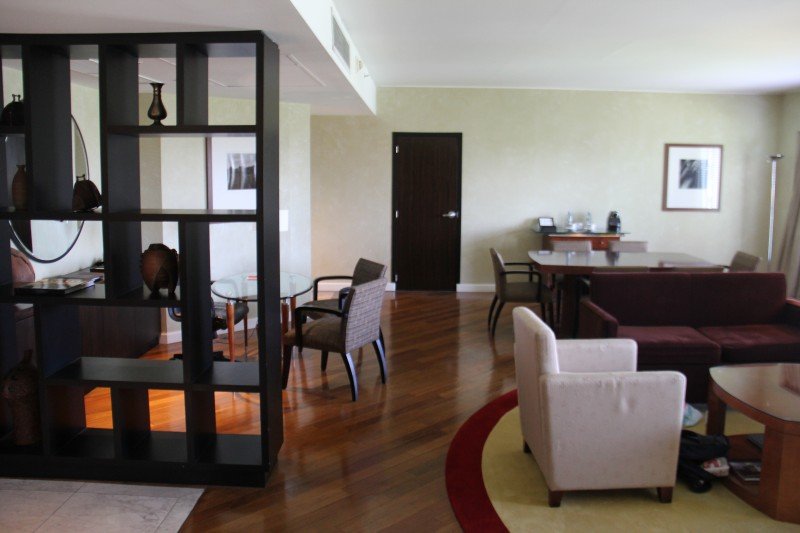 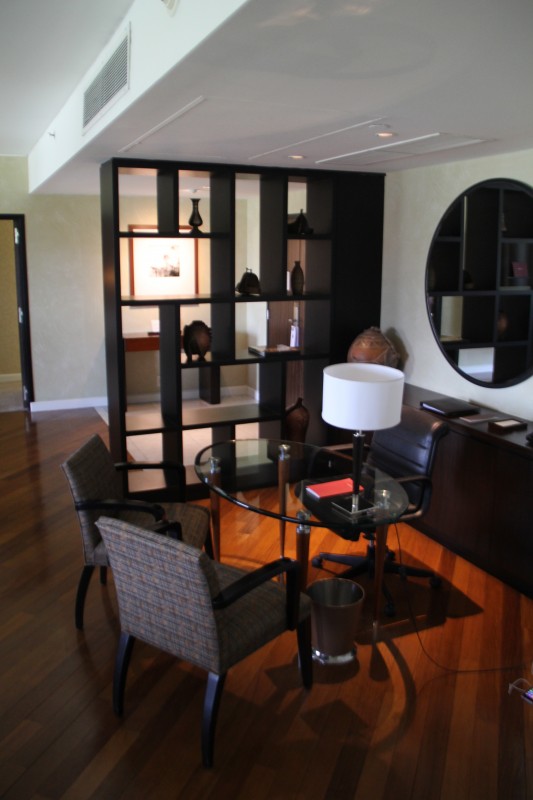 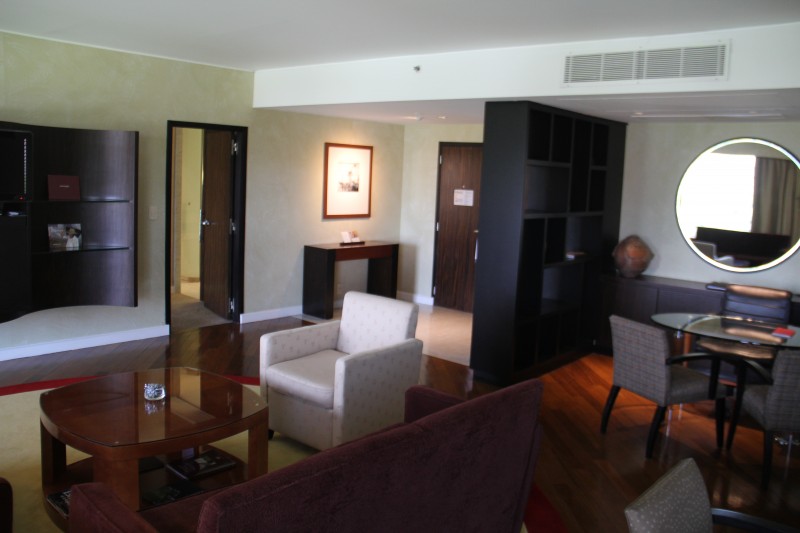 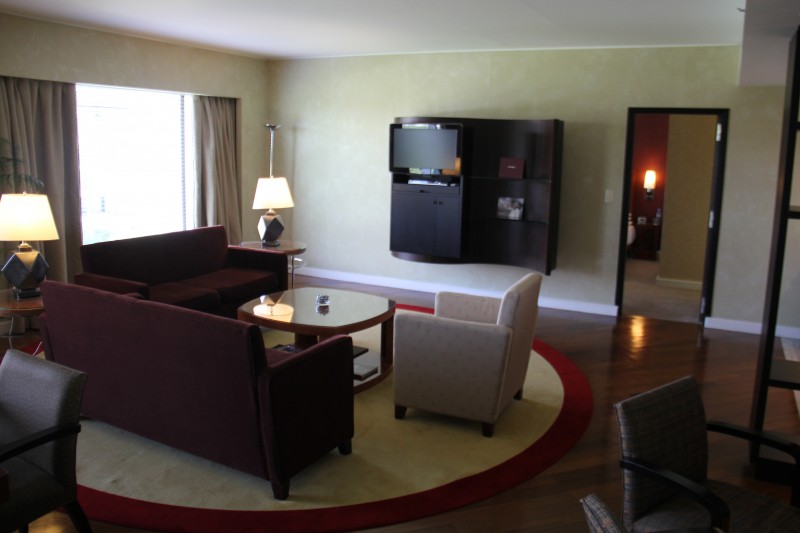 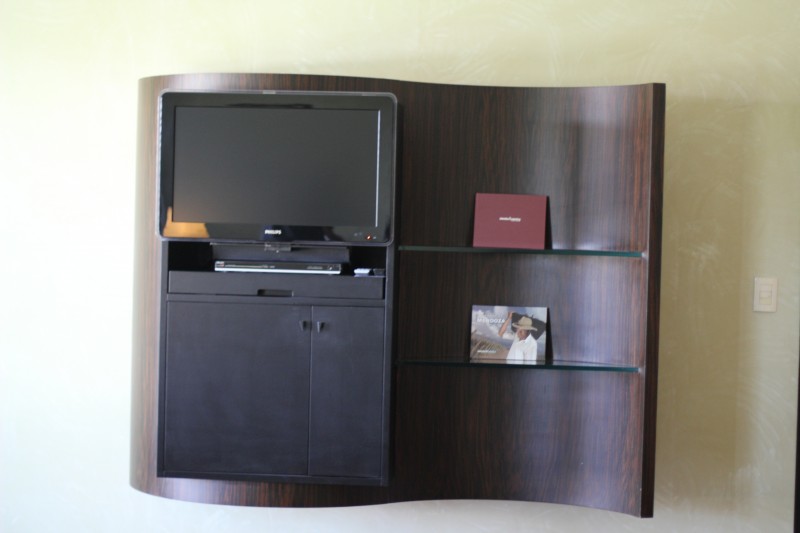 The mini bar was well stocked with your standard over-priced refreshments and of course there was Fernet Branca on hand. The room also offered complimentary coffee with a Nespresso machine and a variety of teas. 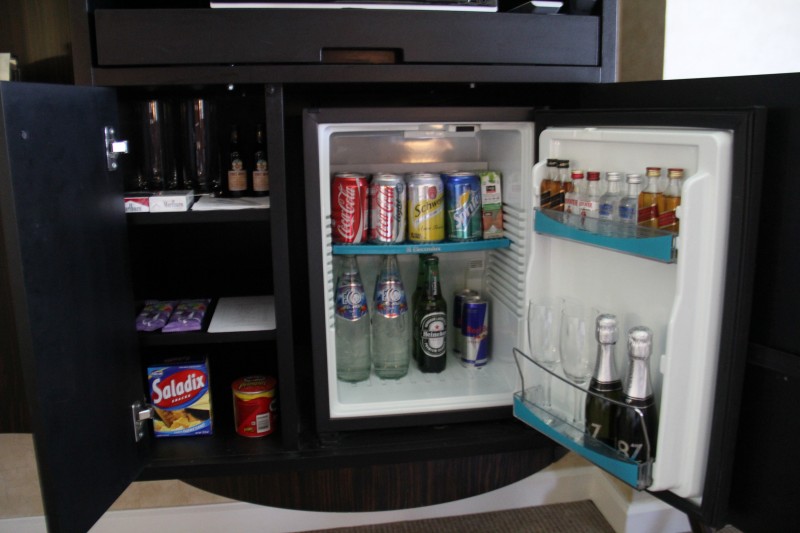 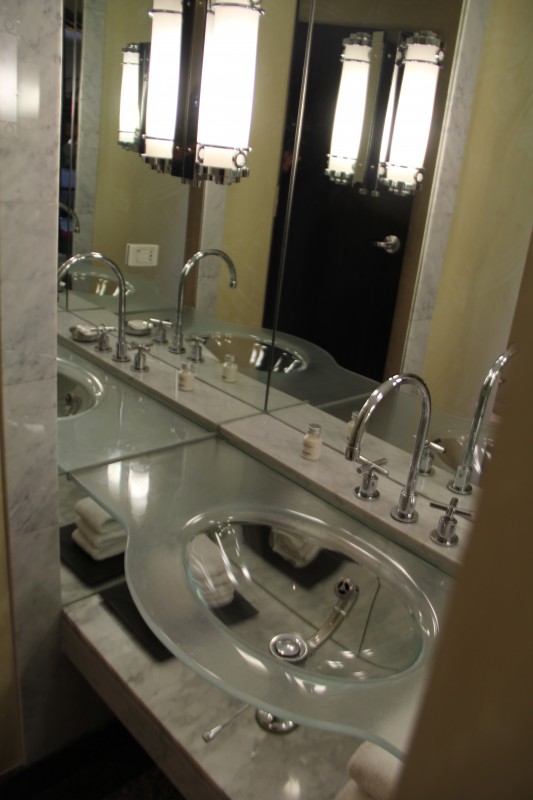 The second bathroom was connected to the main living area next to the work station. It featured the same unique glass sink and counter and a lot of marble. 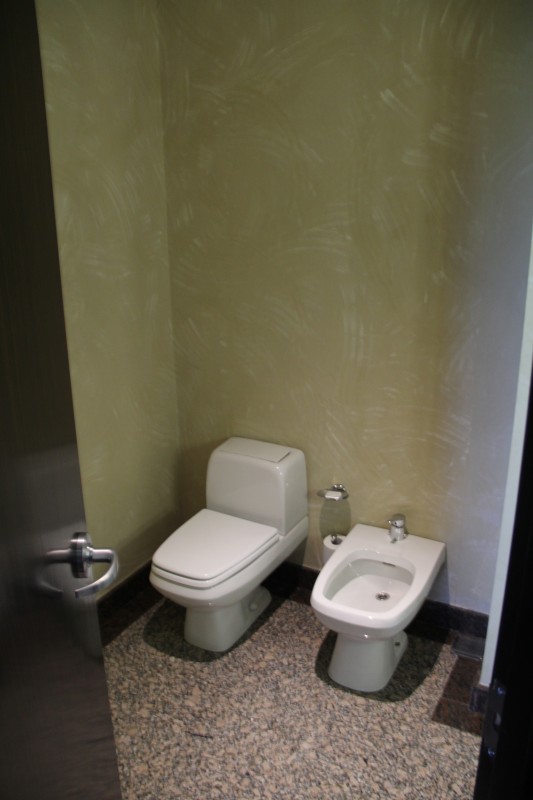 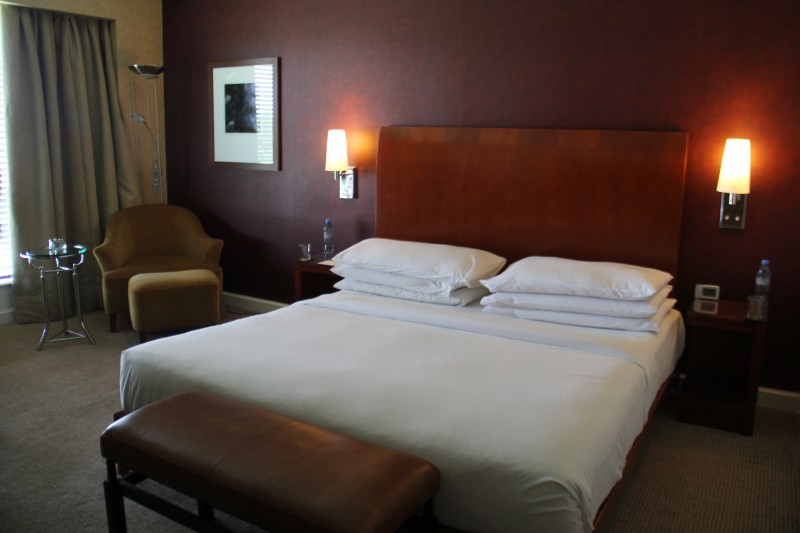 The bedroom was spacious as well---it almost felt too large with the furnishings. Overall the design and colors of the room were well selected, creating a very clean and simple feeling room. 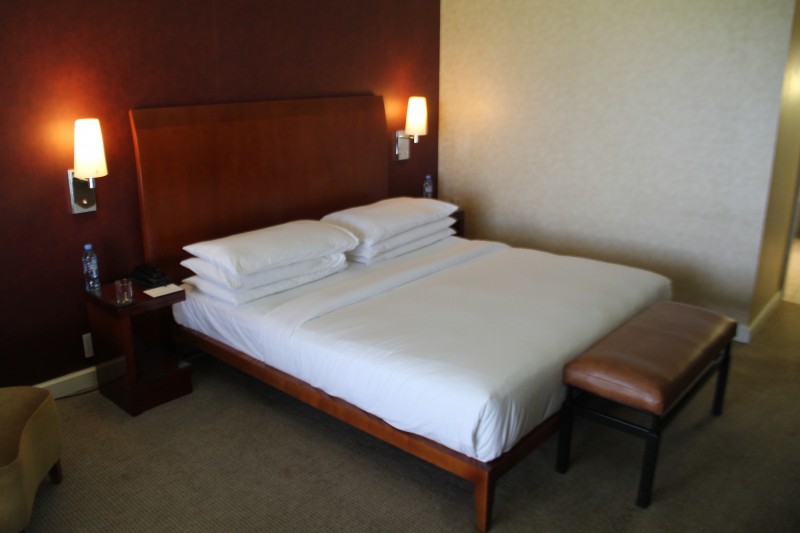 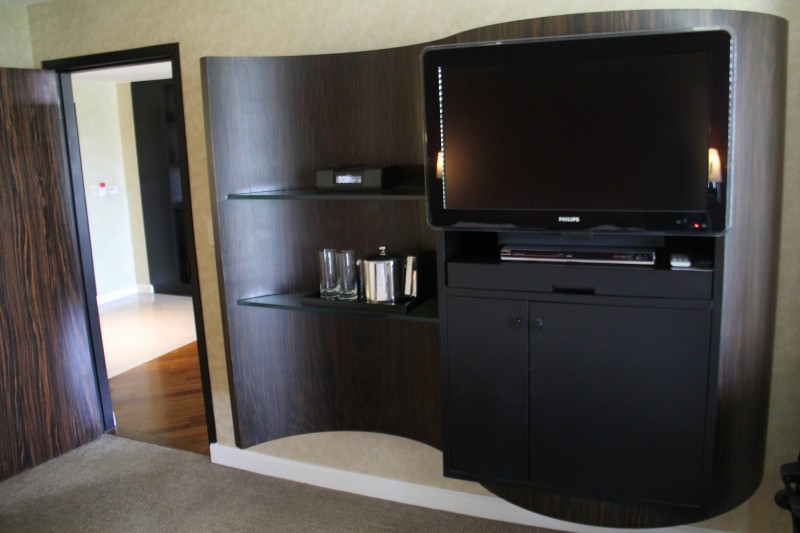 The suite featured entertainment centers with flatscreen TVs and small iPod docking radios in both rooms. There was also a small TV in the bathroom. 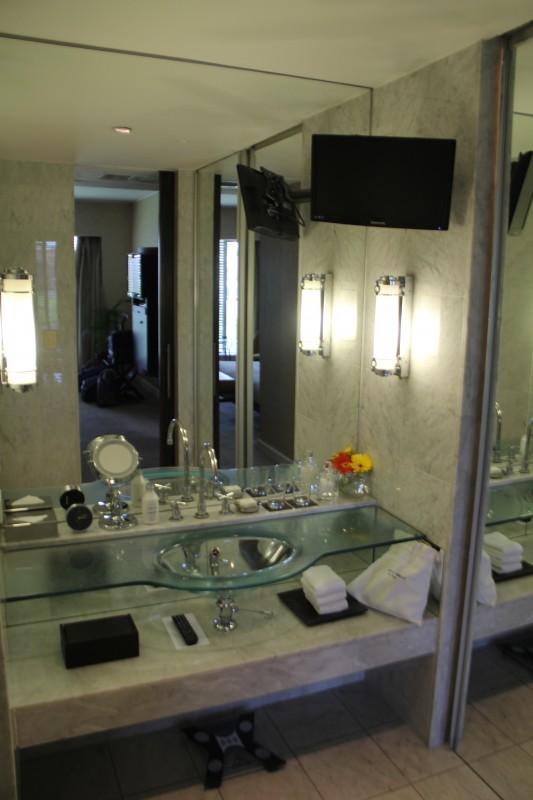 The bathroom featured floor-to-ceiling marble with a large walk in shower and bathtub. The glass counters and sink made for one of the more interesting aspects of the bathroom. 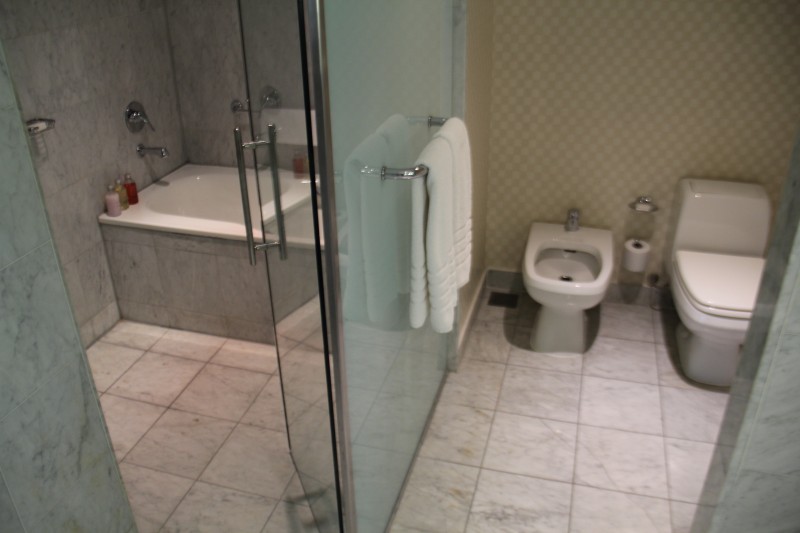 All of the bath amenities were grape scented to remind you that you are in Argentina's wine country, but in reality they just smelled like bubble gum. The room came with extra large bottles of each as a gift to take home...if you fancied the smell. 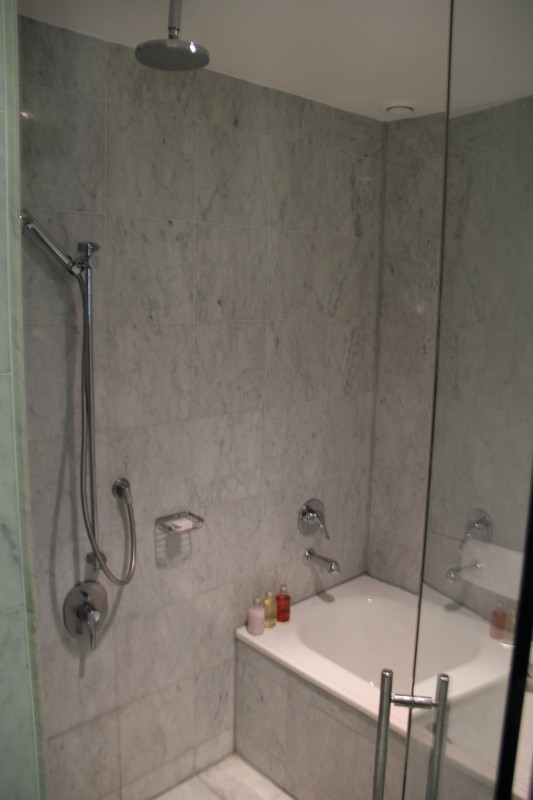 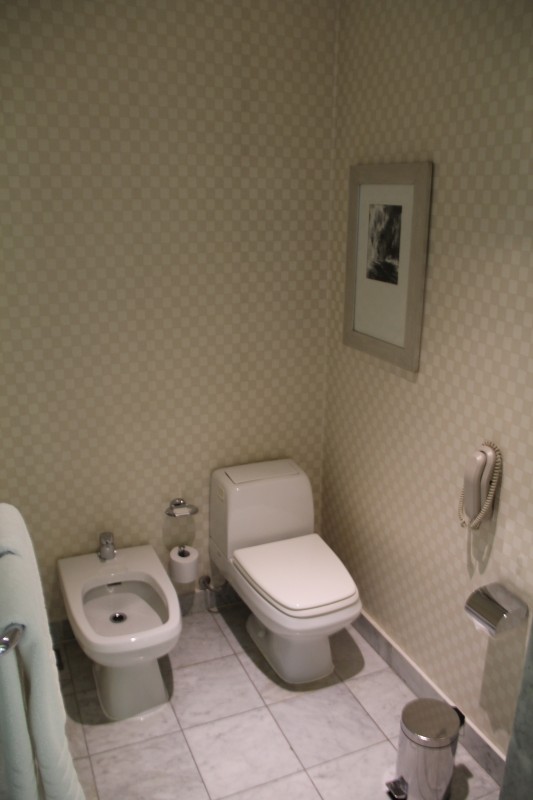 The Bottom Line on the Park Hyatt Mendoza

My stay at the Park Hyatt Mendoza was good, but far from perfect. Breakfast was of high quality and included as a Diamond member. Service was also very high at breakfast, but it was a mixed experience at the front reception.

There were several mix-ups caused by the fact that my stay was broken into two separate reservations and utilizing the Diamond suite upgrade for a portion of my stay. Upon check-out a few surprises included a higher nightly rate than I had booked as somehow the hotel decided to adjust it internally. After showing my confirmation and an obvious error on their part it still took a manager to sort it out. A few charges from the bar which we did not make were also added to out bill, but were quickly removed after asking us several times if we made them.

Apart from a few service shortcomings, the largest aspect that I think is holding the Park Hyatt Mendoza back is the fact that the hotel is also a casino. The most valued clientele appeared to be big spenders in the Casino rather than you average hotel guest and although the casino is tucked away down a hallway, it's still obviously apparent that it is a big money maker for the hotel.

Another point to add was that the hallways and often the rooms would have an influx of air that smells like smoke which smelled like it was coming from the kitchen exhaust or a construction site adjacent to the hotel. At first I assumed it was just a one-time occurrence the hallways seemed to take on the smell everyday.

I'd say the location was almost perfect for a quick stay in Mendoza and the hotel itself is quite nice. Even with a few shortfalls in the service I'd say that the Park Hyatt is among the top places to stay if your planning a trip to Mendoza.