On the other hand Club Carlson is offering a few incredible earning opportunities to rack up easy bonus points. By leveraging the promotions it's possible to earn several free nights from just one paid stay. 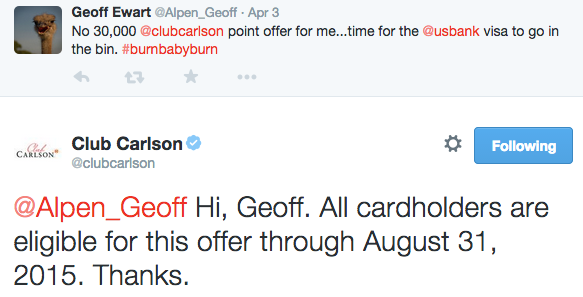 Check out this tweet by Club Carlson confirming that all cardmembers are eligible for the promotion.

For anyone that has the Club Carlson Visa this promotion it's almost a no brainer to take advantage of the promo if you have any upcoming hotel stays. You’ll have a huge return for any paid stay at a Club Carlson property.

Club Carlson is offering Triple points on eligible stays between April 6 and June 28, 2015. Valid eligible stays include bonus point earning paid stays, which means both full points and points + cash stays are not eligible for the promotion.

By booking an eligible stay through Club Carlson’s mobile app you can earn an quick and easy 1,000 extra bonus points. 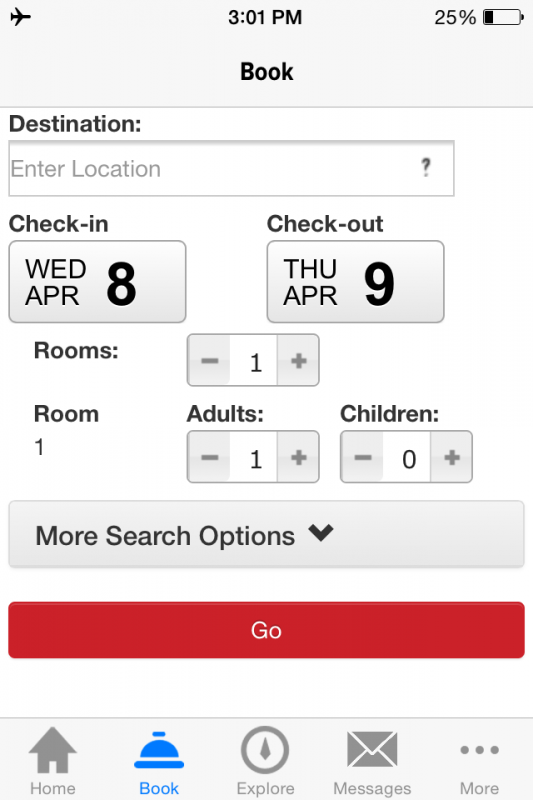 I’ll plan on booking a one night stay at a cheaper Club Carlson property, like the Park Inn Bratislava, which runs around 60 Euros per night. Here's the breakdown of this stay which would rack up a considerable amount of Gold Points:

This Park Inn Bratislava normally costs 9,000 points per night, which means this one night stay comes just shy of earning enough points for 8 free nights at the same hotel or two free nights at a category 3 property!

Club Carlson is offering some incredibly lucrative promotions at the moment. Even with the upcoming huge devaluation of their co-branded credit card it’s worth looking into earning some extra bonus points and taking advantage of booking 2-for-1 free nights while they last.

For Club Carlson Visa cardmembers it’s almost a no brainer to take advantage of the current promotions---triple-up by earning 30,000 bonus points, triple points earning on one paid stay, and 1,000 extra points by using their mobile app. You can easily earn a few free nights just for one paid stay.

What's your take?Are you going to take advantage of Club Carlson's promotions?