During the first several days in Bangkok I stayed at the Park Plaza Bangkok Soi 18 along Sukhumvit Road. I used 28,000 Club Carlson points for a two night stay, getting the last night free as a perk of the Club Carlson Visa. I considered this a great value and even though the property is not uber expensive, it is newer and nicely finished.

Upon check-in I received an upgrade to an Executive Room on the 5th floor located on the backside of the building. Although an upgrade, the only difference between the Deluxe Room and Executive was a few extra square feet. The hotel does have a Club level, and is among the few Park Plaza properties that do.

The hotel is ranked #33 among hotels in Bangkok, has a 94% recommendation from reviews, and received a Trip Advisor 'Certificate of Excellence 2014'.

The hotel is just a block or two off Sukhumvit Road in Bangkok and has a great location in my opinion. You're in walking distance to many great places to eat, drink, and can easily hop on the sky train along Sukhumvit to head almost anywhere within the city. 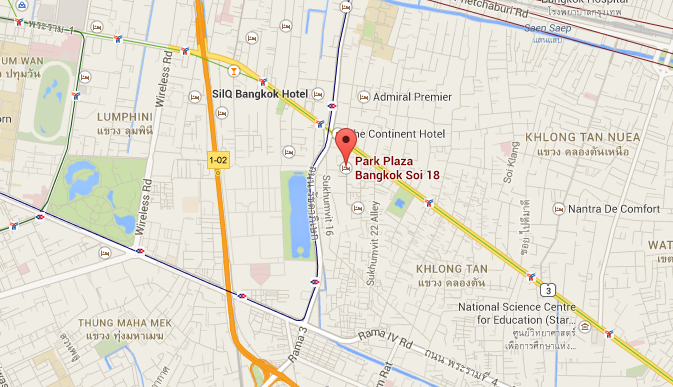 The road that the hotel itself is located on is Soi 18, basically a cross street along Sukhumvit. Soi 18 is a one-way one lane street and is very quite, providing a nice escape from the bustling Sukhumvit just a block away.

Within a stones throw there are three other Radisson properties including a sister Park Plaza Sukhumvit, Radisson Suites Bangkok Sukhumvit, and the newly opened Radisson Blu Bangkok.

Executive Room at the Hotel

The room was spacious enough at 30 sq. meters and had a very new and modern look. The entry was hardwood floor and the area around the bed was carpeted, which added a nice touch. I also thought the room was nicely laid out and very functional for its size. 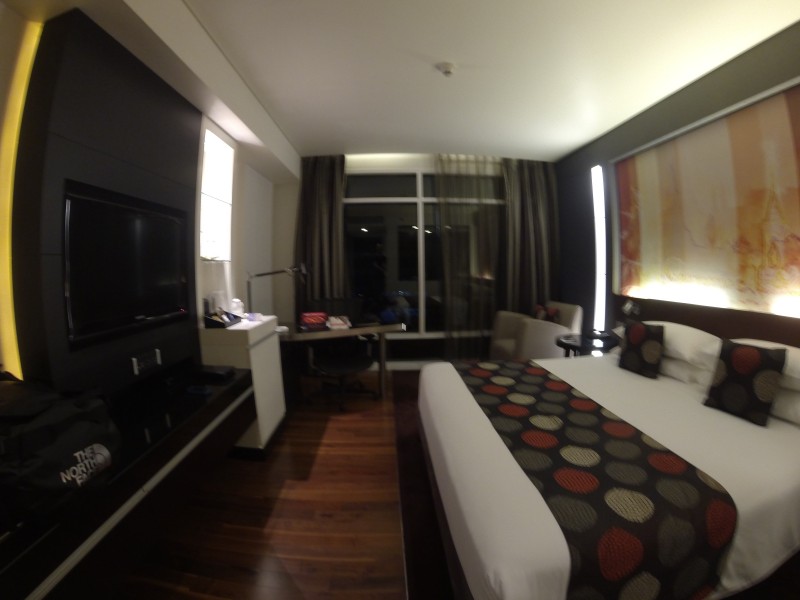 As with many modern hotel rooms the bath was connected to the bedroom with a glass window (what is it with this?!), but had a pull down screen for privacy. A large walk-in shower with a rain shower head made the bathroom quite nice. Also one thing to note is that it does not have a bathtub. 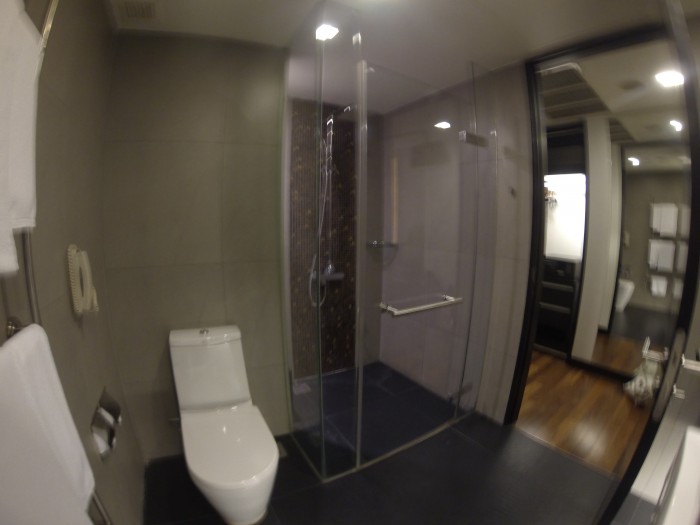 For a Club Carlson property the design felt sophisticated and modern compared to some other properties I have stayed in. The Radisson Blu Split, even though an expensive hotel, felt like the furnishing was cheap and tacky. 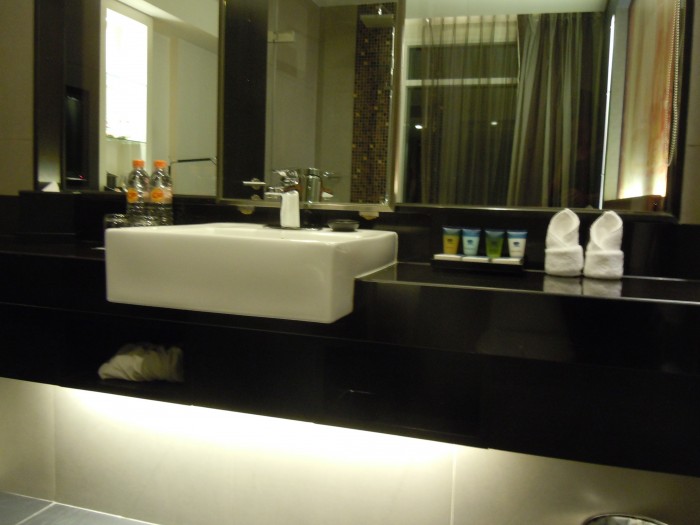 On the other hand the lobby felt like you were in a mall and almost like a temporary space. Luckily the rest of the hotel made up for the uninspiring lobby. A mezzanine where breakfast is served was connected to the lobby with a flight of stairs. Breakfast was not included in the stay and I decided to head across the street to a local cafe to grab coffee and breakfast. 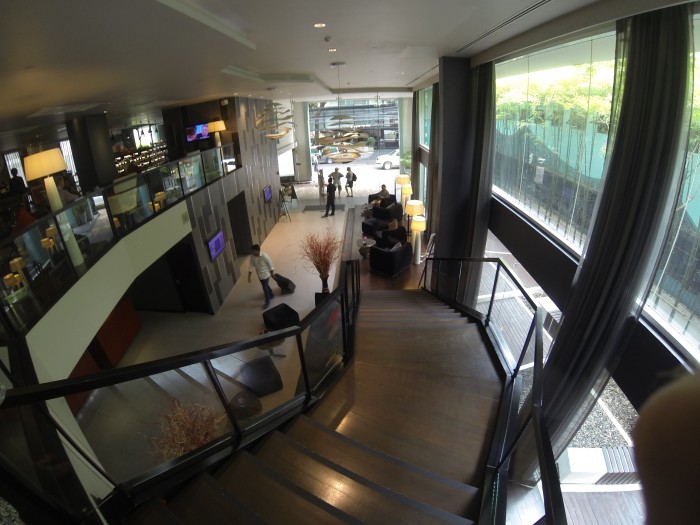 Like many hotels in Bangkok the pool was on the rooftop and offered some nice views of Bangkok's skyline. There was also a bar and gym on the the same level. 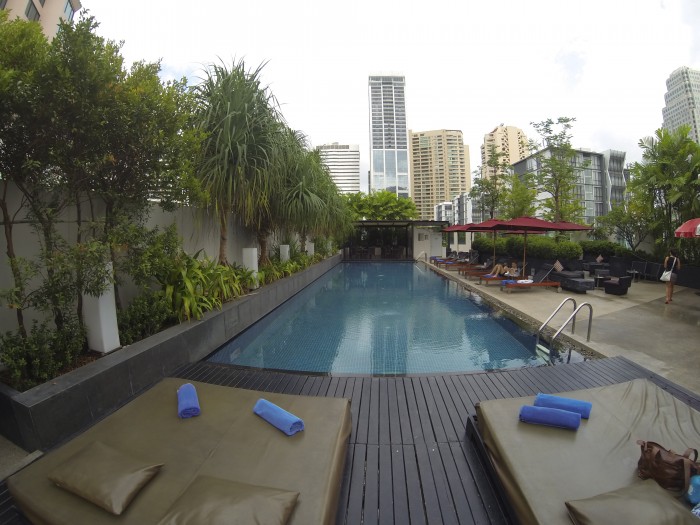 Overall the stay was very nice and minus the few spaces in the hotel that felt lacking, the room was great---new, nice, and quiet. For a middle tier hotel it was a great property and was worth the points for a stay.

I consider the hotel a great value whether you are paying for the stay with points or cash and would recommend it for anyone looking for a middle-tier Club Carlson property centrally located in Bangkok.

To check out other hotel reviews, see my list on the Trip Reports page.