With the start of the new year hotel programs have already started to unveil their new promotions for 2015.

Taking advantage of these promotions can be great ways to supercharge points earning, especially so if you have upcoming paid stays. That said, some hotel promotions are lucrative, others are lackluster, here’s a review of the current promotions.

For the first quarter of 2015 IHG Rewards Club released their .

Each person will receive a unique offer which can be viewed by logging into your IHG account registering for the promo.

The Set Your Sights promotion is valid for stays from January 1 to April 30, 2015. The promotion requires IHG members to complete a checklist of offers to earn the full promotion bonus. Each IHG member will receive a unique offer, so check yours when you log into your account. 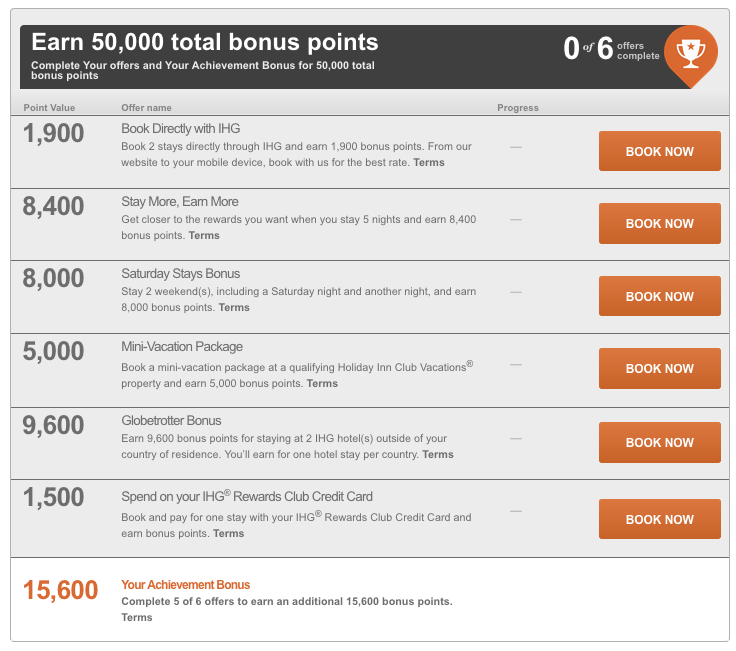 Given that IHG points can be “bought” using the Cash & Points method loophole I would put the value of this promotion at around $350 if you earn 50,000 bonus IHG points.

There is no set limit on the number of bonus Gold points you can earn, which could mean racking a ton of Club Carlson points if you have several 2-3 night stays coming up. Only paid rates that earn bonus points qualify for the promotion, which rules out the possibility of full points nights of Points + Cash nights.

I also received an email offering 10,000 bonus Gold points for signing up and completing my first two night stay during the promotion. Having the Club Carlson Visa which gives you a second night free on award nights of 2+ nights could make this a very lucrative promotion.

A three-night paid stay at $100 per night using the Club Carlson Visa could amount to whopping 49,600 bonus Gold points if you get the additional 10,000 point bonus. I value gold points at about 0.8 cents each when using the 2-for-1 award nights, so Club Carlson is almost paying you to stay at their hotels with this promotion.

With the promotion on eligible stays of two or more consecutive nights you will earn double base Starpoints. On every fifth eligible night you will also earn 1,000 bonus Starpoints (up to 4,000 Starpoints). Eligible stays include paid stays that are eligible to earn Starpoints.

Marriott’s MegaBonus is back in 2015 and appears to be similar to the one offered last year in 2014. The promotion offers Marriott Rewards members bonus points and members may receive a different targeted offer. 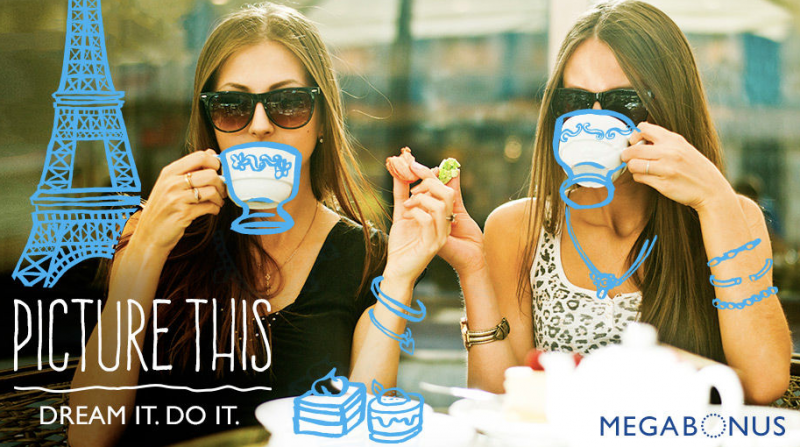 The targeted offer comes in several different flavors and you will have to log into your Marriott Rewards account to see yours.

My promotion offered 2,500 bonus Marriott Rewards points on every paid stay starting with my second stay, with a maximum of 25,000 points.

That's a wrap for current hotel promotions for the start of the new year. It's nice to see most major hotel programs still offering quarterly stay-to-earn promotions. Depending on which route you go and which hotel program you prefer you can easily earn back a fair amount of bonus points for upcoming paid stays.