Ultimate Guide to Booking American Airline Awards: Part 3 – Taxes and fees and How to Book Awards (online vs. phone)

When you’re planning your award the variety of airline partners gives you the flexibility to choose the airline and carrier you want. Aside from different routes and the quality of service, you can save money and maximize your award by choosing the airline with the lowest taxes and fees.

You might be thinking “but I thought an award ticket meant I fly for free?” This was true until some airlines decided to charge you fuel surcharges and other fees. Depending on the airline these taxes and fees may be as low as $5 or as high as $1,000+.

Now, you also may be thinking “but I’m booking with American Airlines miles, why do I have to pay the other airline’s taxes and fees?”

There are different reasons behind why an award ticket has several taxes and fees--such as airport and airline maintenance or security. Most of these cost factors are a fixed amount. Depending on the airline program you are booking on and the flights you choose, some of these fees may be passed on to your award price.

Breakdown of a basic award ticket taxes and fees:

Base fare
Carrier-imposed fees
September 11th Security Fee of $2.50 per U.S. enplanement
Airport passenger facility charges (PFCs) of up to $18 round trip
Other government taxes and fees (including U.S. excise tax* and foreign taxes** based on itinerary or billing address) of up to $240 may apply; total may vary slightly based upon currency exchange rate at time of purchase.

Some taxes and fees are mandatory and government imposed, but others are completely avoidable with a little planning.

Fuel surcharges are the largest fee that certain airlines tack on to your award ticket for flying on their planes. They are the most expensive cost that airlines will tack onto a an award ticket--and can range anywhere from $100 to $800+ depending on the airline.

Carrier-imposed fees are basically any fees that is not a government  imposed tax. You can consider these fees an optional fee that airlines charge their passengers to bring in more revenue.

The bottom line is: a little planning saves a lot of money! 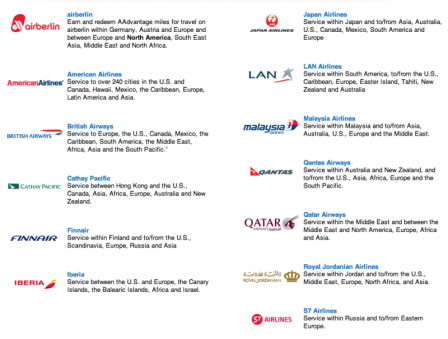 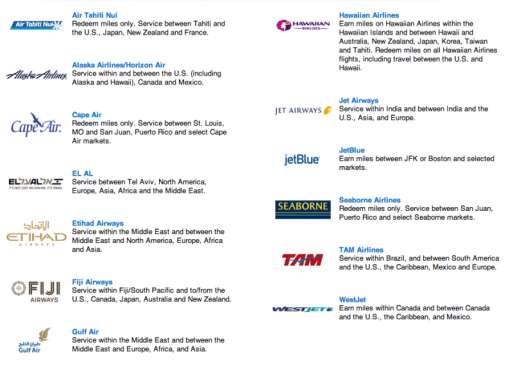 American Airlines flights only include fuel surcharges on international flights outside North America, South America and the Caribbean.

When booking a flight with American Airline miles online, the website is vague about what fees or taxes you are paying. You can use ITA Matrix Software to help you break down your fare including a detailed list of the taxes and fees.

ITA Matrix Software’s breakdown for a domestic round trip award on American Airlines from Los Angeles to New York: 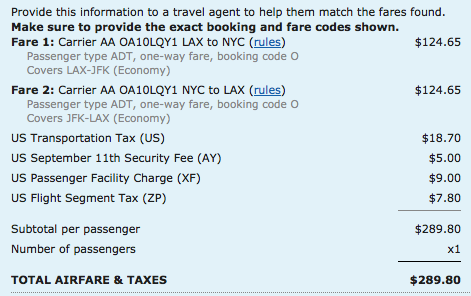 ITA Matrix Software’s breakdown of British Airways taxes and fees for a flight from Los Angeles to Paris: 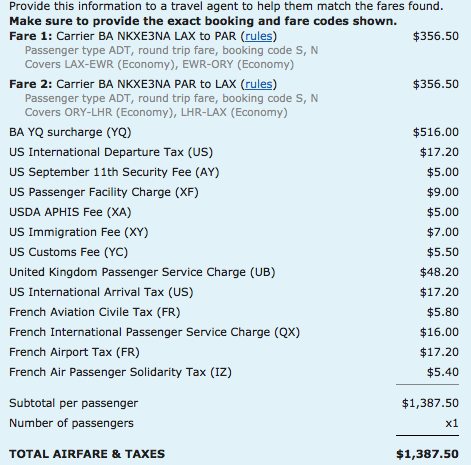 It’s obvious that the $500 fuel surcharge that British Airways imposes is the most expensive fee. Even though you are booking using your American Airline miles, you will have to pay $516 as a fuel surcharge.

Example Round Trip Taxes and Fees on American Airline Awards

Portland to Buenos Aires via $84

Example One Way Taxes and Fees on American Airline Awards

Washington DC to Sao Paulo via LAN $31 in economy and in business class.

So much for a free flight, right? Your best bet to saving money would be to book with a oneworld partner that has low or no fuel surcharges. The only time that there are no fuel surcharges is if you’re traveling within North America, South America and the Caribbean on any partner unless you're on a  British Airways or Iberia carrier.

Other Taxes and Fees

If you plan on upgrading your cabin to a first or business class seat, you can also expect to pay more in taxes and fees. Be aware that these can sometimes almost be double what they are in economy.

Booking Awards Over the Phone

You can also book British Airways flights online, but to avoid paying high taxes and fees it’s best to try to avoid flying on British Airways. Unfortunately booking over the phone comes with an unavoidable $25 fee for booking with an agent.

Anytime that you are booking within 21 days of your intended flight, American Airlines will charge you a Close-in Booking Fee of $75. You can always try to get this fee waived at the representatives discretion, but most likely it's a cost you’re going to have to pay if you don’t reserve far in enough in advance.