American Airline’s stopover and open jaw rules are not as great as United’s or Lufthansa, but they still allow you to get more from your awards. Knowing their rules and limitations will help you plan an extensive trip and allow you to easily book with oneworld partners.One advantage to using American Airlines miles over United miles is that you are allowed stopovers on one way awards.

Stopover in Paris enroute to Istanbul

American Airlines has strict stopover rules. Stopovers must be made in a North American International Gateway City and the award ticket must include an international destination.

This is a bit disappointing because you won’t be able to make a stopover in Europe, Asia or South America. However, you still have a selection of different hubs that are not a part of the continental US enroute to South America, Europe, Oceania or Asia.

If I missed any American Airline North American International Gateways, let me know!

Knowing which airports are North American International Gateways is key to booking American Airline stopovers, but you also need to know where the airline’s hubs are that go to the international destination that you want.

You can use the oneworld Interactive Network Map to find out where you can fly to/from different International Gateways.

The search results will show you the connections and segments for flights leaving from the International Gateway. 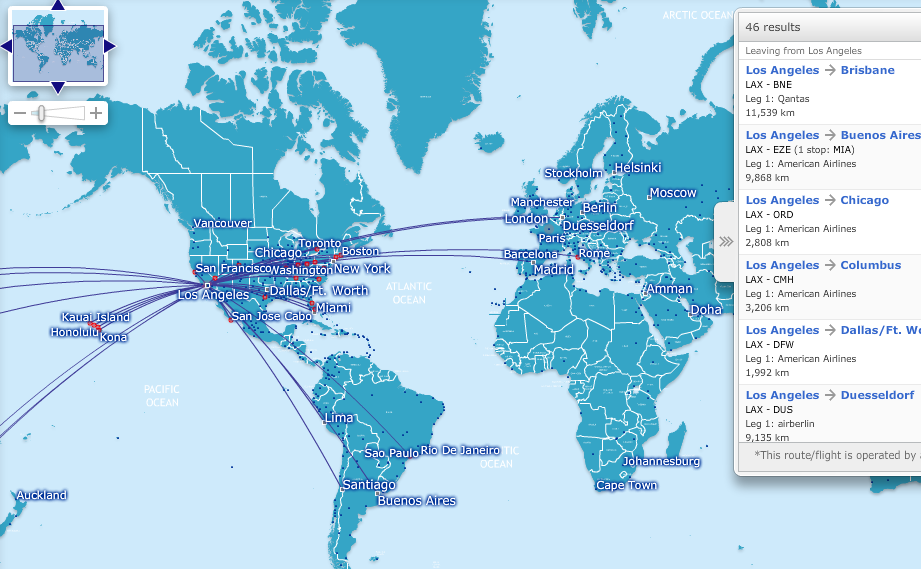 Here are examples of a few acceptable stopovers with AA awards.

These examples are acceptable because the stopover is at a North American International Gateway and there is an international destination included in the award.

American Airlines allows stopovers on one way awards. Your award has to include an international destination and the stopover must be at a North American International Gateway.

Technically speaking, your stopover cannot be in an international city unless it’s Mexico or in the Bahamas. This is allowed because they are considered a North American International Gateway.

Another way to make a stopover outside North America is by booking three one way awards.

To make an international stopover work using one way AA awards, you can reserve your award ticket from the departure to the “stopover” as a one way award, then arrange alternate transportation from the stopover city to the destination city. You can do this by train, cheap airline like RyanAir or Pegasus or bus. While it’s not necessarily a true award stopover, you’re still able to see the cities you want to stop in.

An open jaw is when you return home from a different city than the you landed in. Say for example you flew into Athens from Los Angeles, but you traveled overland to Paris. Rather than making your way back to Athen’s to return home, you fly back from Paris, making this an open jaw award.

A segment is every flight that you are one from departure to landing, not the point that you depart and arrive to your destination, so when you are planning out your segments make sure to stay within your 16 segment limit.

Your 16 segment allowance and one open jaw can also turn your trip into a Round the World if you use the oneworld Award Chart. It’s a great way to maximize your miles. You can use the Round the World tool to help you map out your maximum-16 segment itinerary. 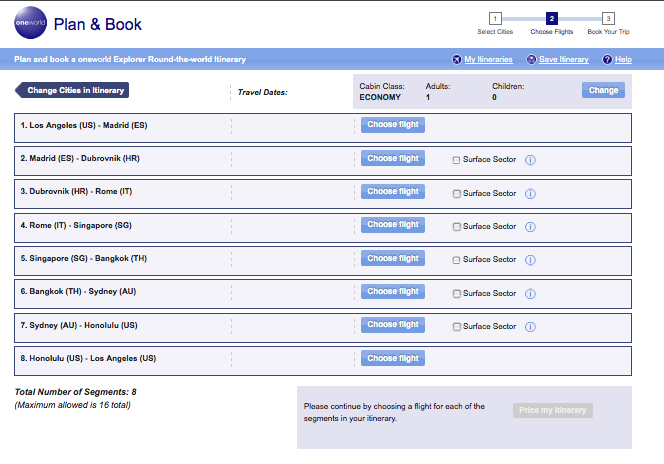 To get a clear view of your segments and miles, I recommend using the Great Circle Mapper. The tool breaks down your itinerary by segments and the total distance of each segment so that you can stay within the oneworld Award Chart distance based zones.

This is a standard round trip itinerary from Los Angeles with only 6 segments:

What makes this an open jaw ticket is that you don’t return to the original city from the first airport you arrived in. An open jaw is great way to not confine you to a country or city if you wanted to venture off without using miles.

Taking advantage of stopovers and open jaws are the best way to travel to more places on one award. By deciding which award chart suits your needs the best, you can figure out how to incorporate a stopover and an open jaw making the trip one of many trips of a life time!