Pending government approval the codeshare agreement will go into effect on June 29, 2016. Shortly after that Alaska Airlines Mileage Plan members will be able to earn miles on JAL flights and then the possibility to redeem miles on JAL will follow sometime after that. 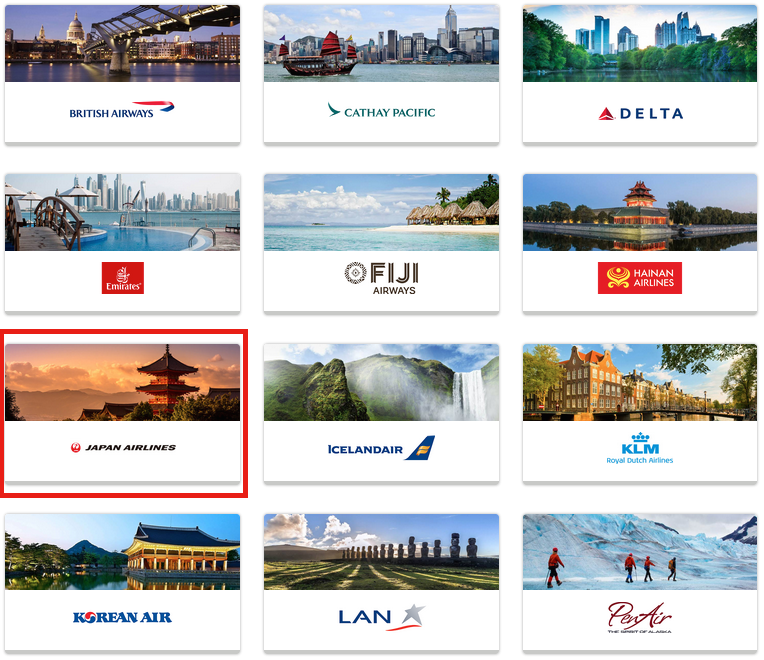 Alaska Airlines currently has four Asian partner airlines including Cathay Pacific, Korean Air, and Hainan Airlines. With the addition of JAL there will be an increase in both the potential to earn and redeem Alaska miles within Asia.

I've long been a fan of Alaska Airlines Mileage Plan frequent flyer program. Not only are the air miles highly valuable when redeemed, but the program also allow you to maximize them with generous stopover and open-jaw rules.

Overall this great news for anyone who frequently travels with Alaska or is sitting on a lot of Alaska Airlines miles. At the end of the day it means that both earning and redeeming miles will be easier between North American and Japan/Asia.

With the addition of Japan Airlines to Alaska Airlines Mileage Plan program you'll be able to both earn and redeem miles with the other airline.

The point that really matters for us in this game is possibility to redeem Alaska Airlines miles on Japan Airlines flights. Not only does JAL offer a superb service, but this will allow open up new routes to Asia using Alaska miles.

With this new partnership agreement announced there are still huge unknowns including:

Of course we won't get the details on this for some time, but I'll go on to speculate that both the award chart will be competitive (e.g in line with Cathay Pacific's partner award chart) and Alaska will still allow it's generous stopover and open-jaw rules on JAL awards.

With the addition of Japan Airlines as a partner Alaska's Mileage Plan program definitely just got more valuable. I'd presume that the JAL award chart that Alaska releases will be competitive and generally in line with their other partner airline award charts.

I'd also expect that Alaska will allow their generous award routing rules to carry over to award flights on Japan Airlines. This means the potential to add stopovers on one-way awards, which could make for some amazingly valuable awards on JAL to Asian destinations with an en-route stopover in Tokyo on the way.