The recent devaluations of the United's and Delta award charts is just one more reason to look elsewhere for earning valuable airline miles.

Alaska Airline miles are some of the most underrated airline miles. They are quickly becoming some of the best miles to earn for award flights and you should consider earning them as part of your strategy for free flights. Alaska's award charts are one of the best value in terms of award prices and award availability, that's why I'm writing a complete guide on how to earn and use Alaska miles.

One caveat is that Alaska's Mileage Plan has 38 award charts! Each region has its own award chart for each partner airline. This isn't as straight forward as say United or American Airlines award charts, but Alaska Airlines does publish a lot of information to book awards with Alaska miles.

You can only fly on one partner airline in addition to Alaska Airlines on a single award. So this is where booking separate one-ways can be useful.

Part 8 | Best Tips and How to Search for Award Seats

Part 9 | Best Ways to Get To Europe

Part 11 | Best Ways to Get to The Caribbean, Central & South America

Part 14 | Best Ways to Get to Africa, Middle East, and India

Alaska Airlines has A LOT of awards charts. Their award prices are broken down by region and carrier. This means it could cost a different amount of miles flying to the same region depending on the airline you choose to book with. 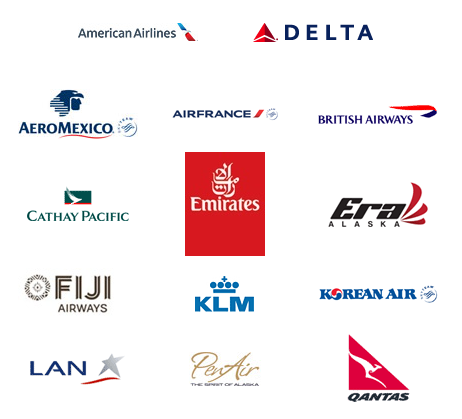 Alaska has an award chart for each of it's partners

There are many award charts to compare, but it’s really not as complicated as it may look--if you know where you want to fly to you only have a few options. On top of that, Alaska Airlines award charts offer some of the best value for many of regions. 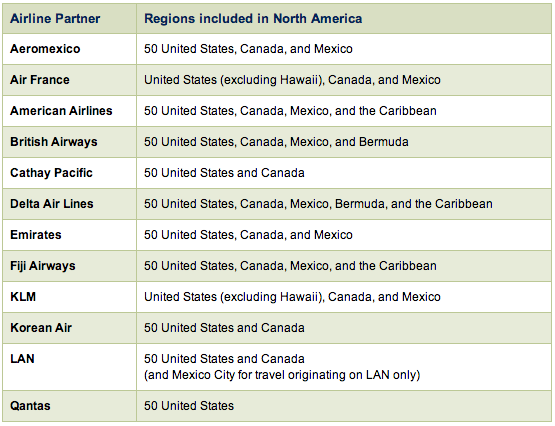 You can use Alaska miles for flights within an individual state. The intra-state award chart is based on travel within one individual state, including Alaska, California, Idaho, Montana, Oregon or Washington.

It's only 50,000 miles for a first class round trip award on Alaska and American Airlines. Whats really nice is that you can have stopovers on Alaska metal awards on one-ways within the US. These stopover rules are more generous than any other US based airline. For instance, you can fly from Los Angeles to Seattle, have a stopover for a few weeks, then fly to New York, all for one award price.

You have several options to choose from for the award price when booking a flight on Alaska. You can choose Money and Miles to get up to 1 cent per mile off a purchased ticket or you can redeem miles for a refundable award ticket. This is a nice option to have if you need to book a flexible award, however it will cost up to twice as much as a saver award. This is unique to Alaska Airlines since most airlines don't offer a refundable award ticket.

For intra-state awards within Alaska you can fly on either Era Alaska or PenAir. 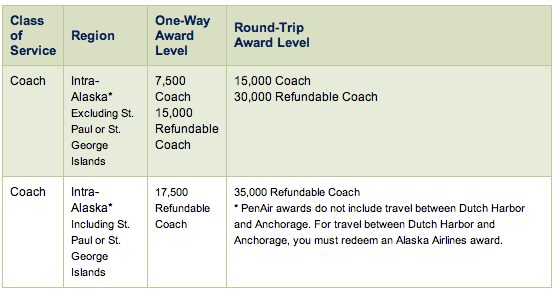 Taxes and fees cost $3 each way on Alaska flights and $12.50 each way for awards booked on a partner airline.

There is a separate price for all award travel within the Continental US (including Alaska) and Canada. You can fly on Alaska Airlines, American Airlines, Cathay Pacific, Delta, and PenAir.

It's 25,000 miles for a round trip flight within the US on Alaska Airlines, American Airlines, and Delta. This is the standard award price among most major US based airlines. You can book awards on Cathay Pacific between between New York (JFK) and Vancouver (YVR) for 30,000 round trip.

It's 50,000 miles for a round trip first class award within the US on Alaska Airlines and Delta, which is the same price as United.

Taxes and fees cost $3 each way on Alaska flights and $12.50 each way for awards booked on a partner airline.

Awards on Alaska Airlines are offered in eight different options that include cash plus miles and both standard awards as well as refundable awards. The refundable awards are not a great deal since they are double the price of a saver award. This means that if there is award availability, you can book a new saver award for the same price as one refundable award ticket. 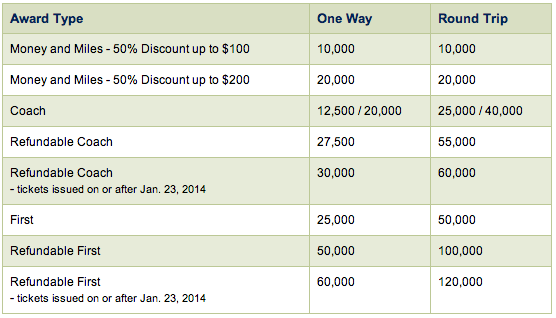 For travel between JFK and Vancouver, BC you can fly on Cathay Pacific and it's only 50,000 miles for a round trip business class award! To book awards on Cathay Pacific you have to call 1-800-252-7522 and book over the phone.

You can fly to Hawaii on Alaska Airlines, Delta, or American Airlines. Alaska miles are some of the best uses for flights from mainland US to Hawaii, and it's only 40,000 miles round trip for an award on Alaska or Delta. 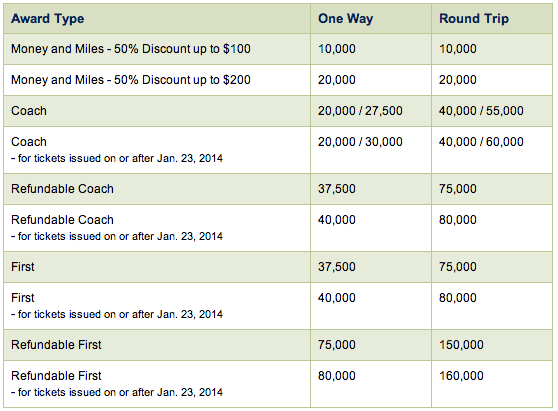 Awards on American Airlines will cost 5,000 more for a coach ticket and 20,000 more for a Business/First Class award ticket. In my opinion, it's not worth the extra miles for a 5 hour flight on most American flights since the seats are not much different than Alaska's First Class.

However if you are routing though a city that has AA'a international configured business seat versus the domestic first class it's a huge difference.

You can't book one-way awards on Delta, so all awards are priced out as round trips.

All awards prices are based on travel between the Continental US, including Alaska or Canada and Mexico. 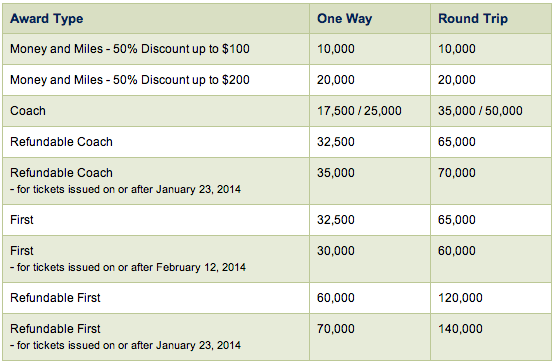 Delta awards are only available for round trips and are based on travel between the Continental United States (including Alaska), Canada, or Mexico and the Caribbean.

With Alaska miles, you can fly between North America and Central or South America on Aeromexico, Americna Airlines, Delta, and LAN.

The best deal for flying business class to deep South America is on Aeromexico, LAN or Delta for 90,000 miles round trip.

You can fly on Aeromexico from the 50 United States, Canada, and Mexico to Central and South America. Deep South America is defined as Argentina, Brazil, and Chile. 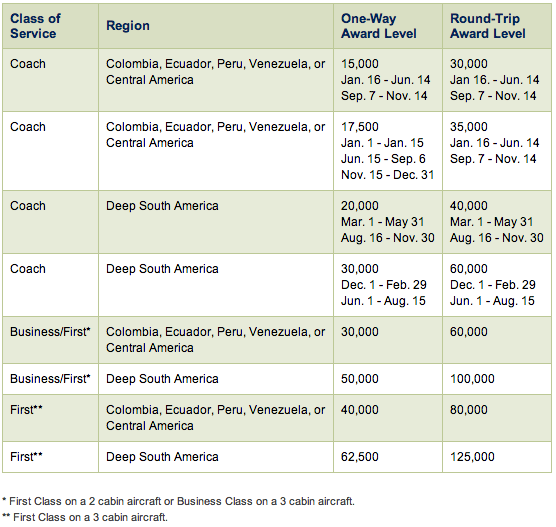 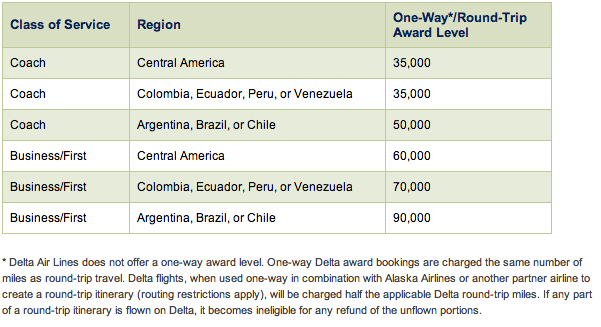 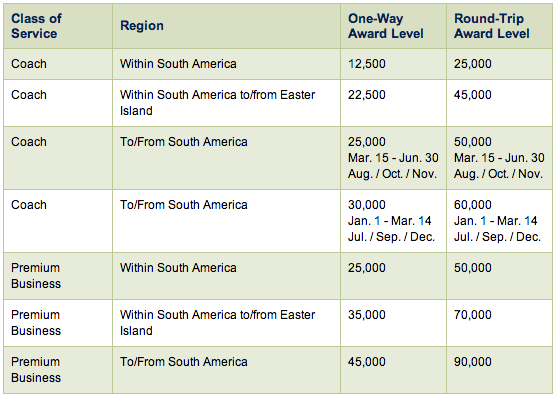 Fuel surcharges on British Airways are high and range from $150 to $1,000 dollars for a single award.

There are a lot of options to get to Asia and depending on region the best award prices are on American Airlines, Delta, Cathay Pacific, and Korean Airlines. 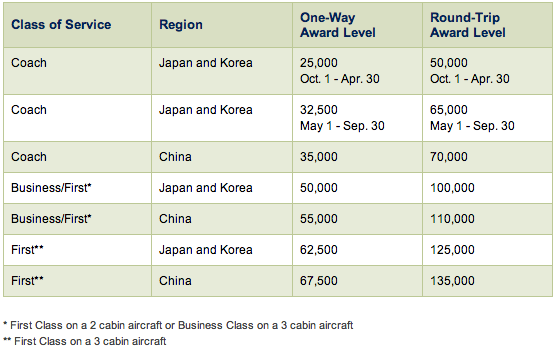 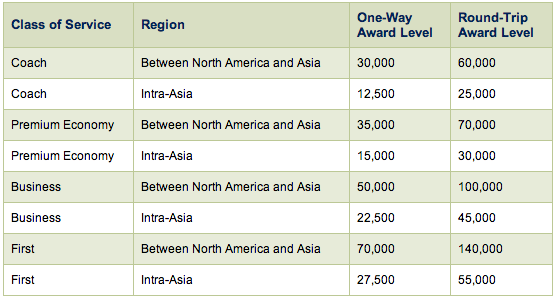 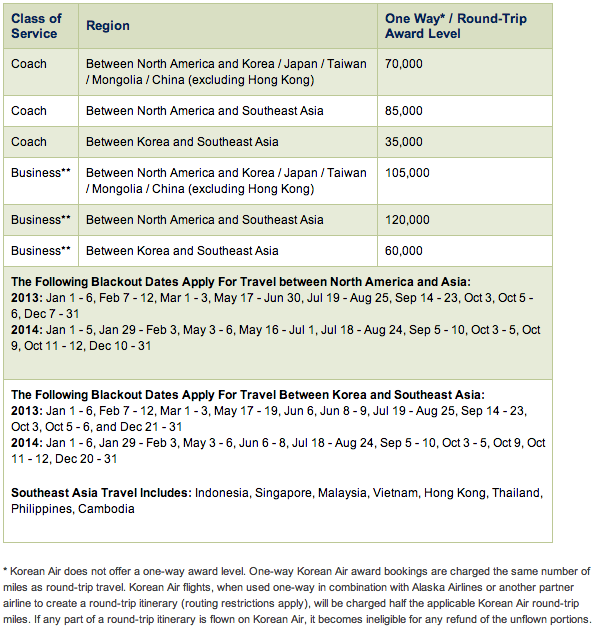 The best economy award options for getting from the US to Africa, the Middle East, and India are on Air France/KLM, Delta, and Emirates. For business and first class awards the best award charts to use are Delta and Cathay Pacific.

You will pay high fuel surcharges when you fly on British Airways and can expect to pay $150 to over $1000 on round trip awards. 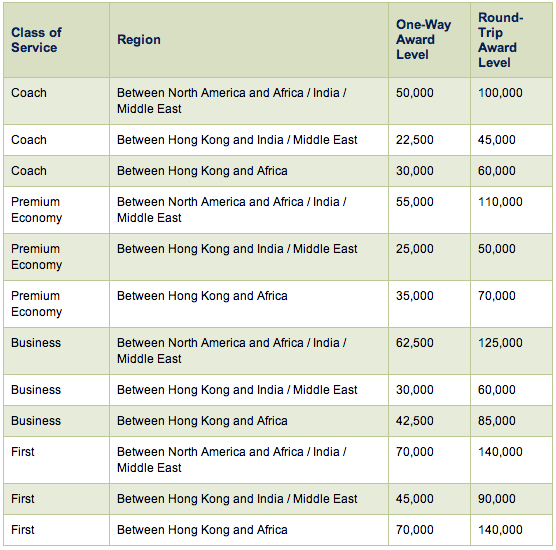 Delta is another good option and it's only 120,000 for round trip business class award. 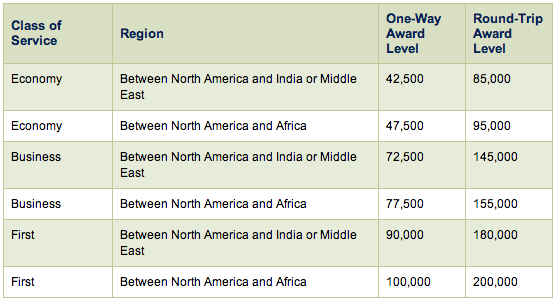 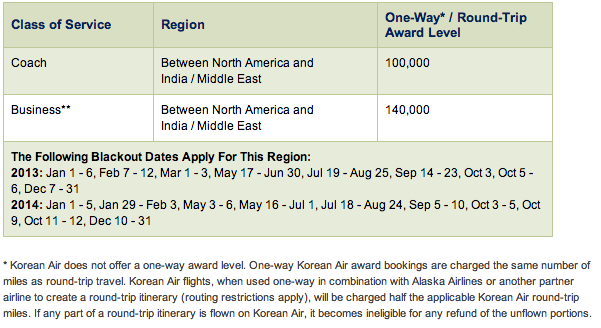 For first class awards it's only 140,000 miles round trip on Qantas. 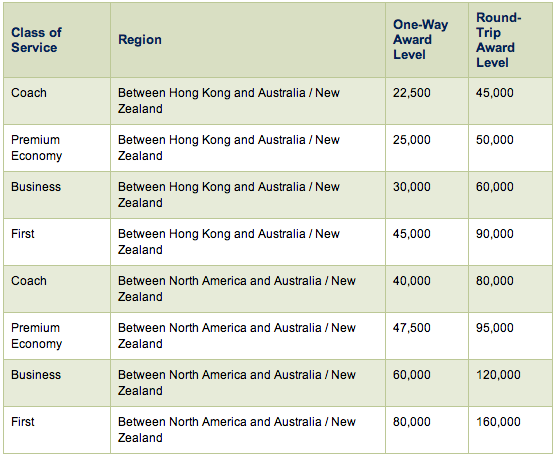 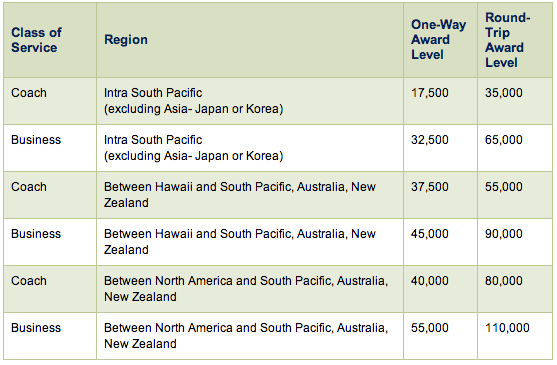 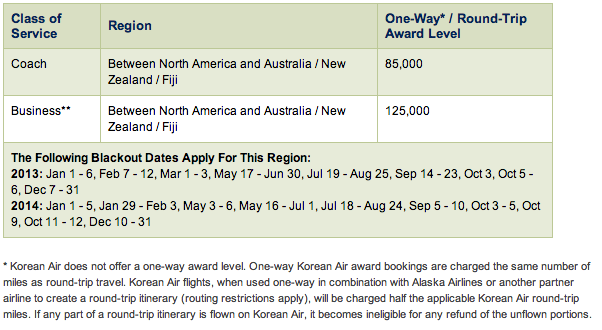 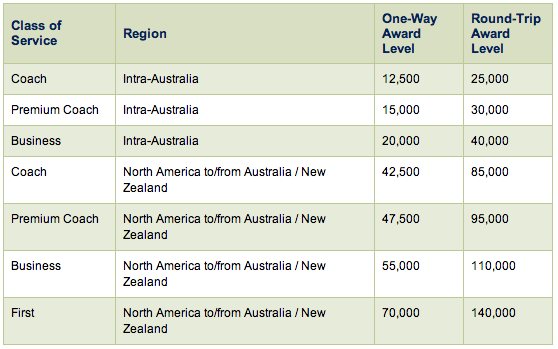