It looks like there is potentially a 70,000 mile welcome bonus offer coming out for the Chase United Explorer Card.

A Reddit reader posted that they saw a banner for a 70,000 mile offer after logging into their MileagePlus account. 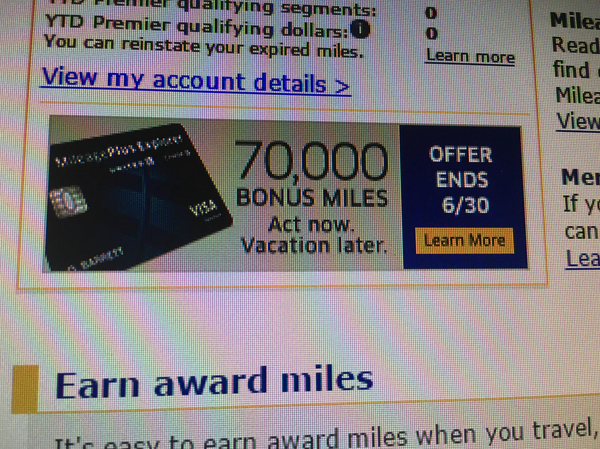 Until the offer actually goes live it's purely speculation, but per the post and screenshots it appears that Chase was potentially testing a new banner featuring 70k bonus points.

I decided to experiment with different browsers and pages on United.com to see if the offer appeared under my account, but was never able to view it. 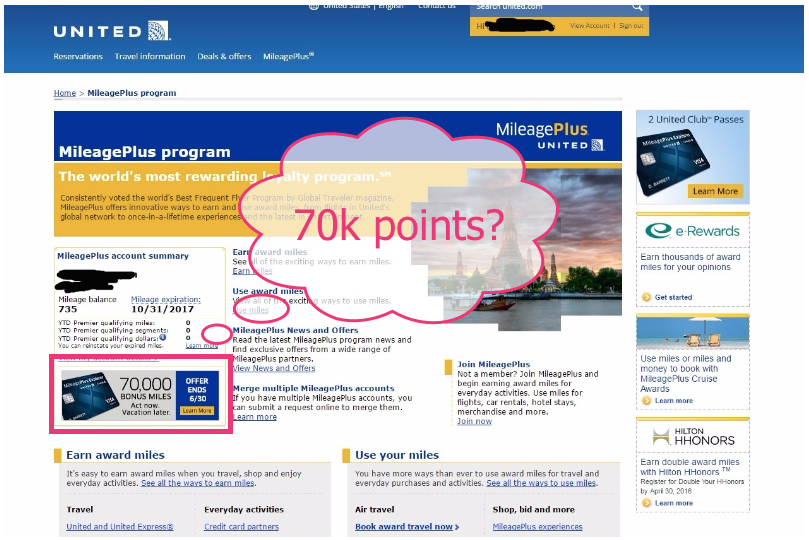 
Interestingly enough in the comments it was pointed out that included the URL includes "launch_date=2016-06-01" and "70kLTO." Again, I can't say more than this is purely speculation, but this likely indicates that the offer will be a limited time offer that may be released on June 1, 2016 and runs until June 30, 2016.


This follows the format that Chase uses when they release new promotions, which can be see on other past card offers such as the 30,000 & 50,000 mile United Explorer card offers.

Note: The application page doesn't load and just gives "The page you were looking for could not be found."

It would be exciting news if Chase upped the welcome bonus on the United MileagePlus Explorer Card to 70,000 bonus miles. In the past the card normally offers 50,000 miles, so an extra 20,000 miles for signing up would be huge.

I'd expect that the offer will be targeted if/when it goes live, but my guess is that you may be able to see it when you are logged into your United MileagePlus account.

At least for now I would hold off on applying for this card. It likely worth waiting until June 1, 2016 to see how things play out and if the offer on the card really does increase to this 70,000 mile level.

Has anyone else seen this new banner? Share when and where below if you have!

Getting the most out of your credit cards is a must. Compare the current best offers with our Card Maximizer tool or take a look at our picks for the best travel credit cards of 2020. Here are the highlights:
Editorial Disclosure: Opinions, reviews, and recommendations on this site are the author’s alone, and have not been reviewed or approved by any bank, card issuer, hotel, airline, or other entity. You can read our advertiser disclosure here.